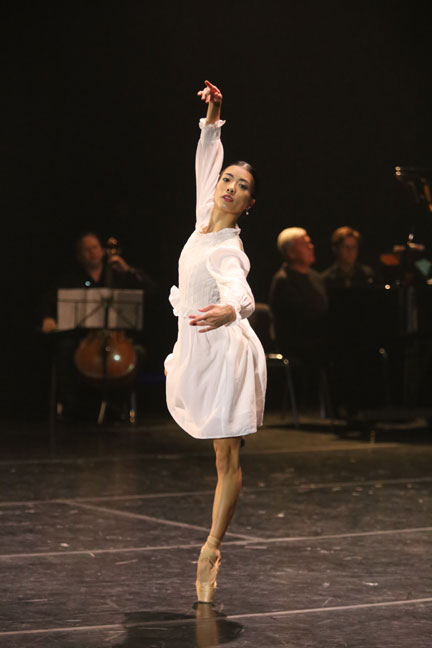 The Diaghilev PS festival, held every year in Russia for more than a decade and directed by Natalia Metelitsa, focuses on bringing contemporary choreography to the public, echoing the steps that famous impresario Sergey Diaghilev took when revealing ballet to the world at large.

This year the festival’s Petersburg debut, held on November 4th, featured a full evening honouring the famous Russian composer Leonid Desyatnikov under the clever moniker “L.A.D” (the composer’s initials). Desyatnikov, hailed for being an “elegant, ironic, Petersburger” and known for his “ability to surprise” in the words of Metelitsa, alludes to numerous classical scores in many of his musical creations, where themes from Tchaikovsky or Saint-Saens suddenly creeping in, only to disappear among a flourish of other unique notes.

For those who may recall, Alexei Miroshnichenko, former artistic director of the Perm Ballet Theatre and prior to that, balletmaster at the Mariinsky, first introduced the balletgoing public to Desyatnikov’s music when he choreographed a pair of ballets to his scores: “A Cote du Chez Swan” and “Like the Old Organ Grinder” in 2007. This Festival program expanded on that idea, featuring 4 works by young choreographers, each utilising various scores by Desyatnikov.

The best part of the evening came first, in the form of ballets from two talented young Mariinsky-bred choreographers. 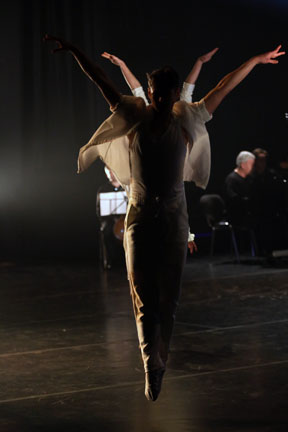 Maxim Petrov, who just days prior to the performance received Russia’s prestigious Golden Sofit Award for a set of Stravinsky ballets (“Renard”, “The Moor”, “The Fairy’s Kiss”) that premiered this July at the Mariinsky, opened the evening with his newest work, “Three Quiet Plays”. The musical selections included “In Honour of Dickens” and “Titles from music for the movie An Evening Outside of Moscow” for piano, and “Variations on Acquiring A Dwelling” for piano and cello, and featured 3 women and 3 men in various styles of white costumes. The piano music begins with a gentle melody as one couple starts to move, but shifts to something deeper with the later addition of the cello.

Petrov’s choreography is anything but simple, and covers a range of visual textures: one woman springs into a full relevé en pointe from a deep grand plié; another, with her leg held in developpé devant, brushes into arabesque as arms sculpt circles in the air. The two etch a series of relevés punctuated with toe tapping, and a lifted battement pulls into a pirouette. Later, one couple dances a slow, melodious duet. Petrov is able to personify the instruments with his dancers on stage: when the bass toned cello solo begins, a man dances a slow series of sissones and tours en l’air. When the higher treble piano notes join in, a girl unites with him for a pirouette-chassé combination that sweeps into arabesques. Petrov uses a mixture of modern transitions and classical form, and his step combinations seem to rarely, if ever, repeat. Fresh mixtures abound: a temps de flêche followed by a tight series of chainée turns appear like cursive on stage. Petrov also “sees” music in the pauses and breaths between notes, and at times will fill them with quick movements. At others he choreographs to the melody: light battus, a fouetté to attitude, a long slow plié decorate the stage. “Three Quiet Plays” is a clever embodiment of Desyatnikov’s multifaceted music, and a testament to the intellectual approach that Petrov takes when creating. 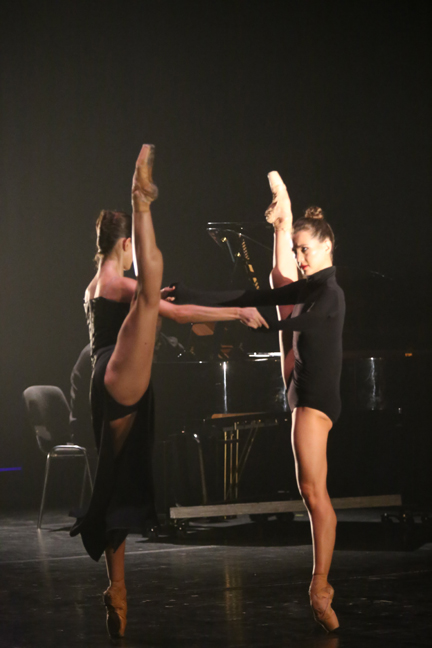 The second ballet on the program, Maxim Sevagin’s “A Perfect Mistake”, continues the young choreographer’s love for oxymoronic titles and the juxtaposition of contrasting movement speeds. One couple moves quickly to sharp violin notes upstage while, downstage, another other moves slowly and languorously to piano notes. The woman curls her head around her partner’s shoulder and then is soundlessly lifted aloft. There is a sudden “swan” moment, when a short musical ode to Tchaikkovsky’s “Odette” theme is heard, and the ballerina dips into a penchée promenade, her head down, recalling the White Adagio from “Swan Lake”. But no sooner does the viewer catch this visual, than it is interrupted by a handful of staccato violin chords. All four dancers relèvé, the bass chords on the piano invite dissonance, suggesting a passionate closure or separation as the mood of the movement shifts.

One couple, their backs to each other, echo each other’s movements. All four dancers kneel, one arm is slowly stretched skyward, and then all four break into independent movement. Later we see what classicists may view an ode to Nikiya’s basket solo from “La Bayadère”, when two women perform a short set of sharp steps nearly hopping en pointe. Then two men dance together, one of them rotating the other in a promenade, while later a female solo suggests psychological stress, as she rubs her hands all over her head as if trying to erase sound or memory.

Sevagin’s choreographic lexicon is both intricate and symbolic, inviting analysis over both the content and meaning. On the heels of his successful production of “Romeo and Juliet” at the Stanislavsky (Oct. 22nd), this ballet underscores that his talent runs deep. 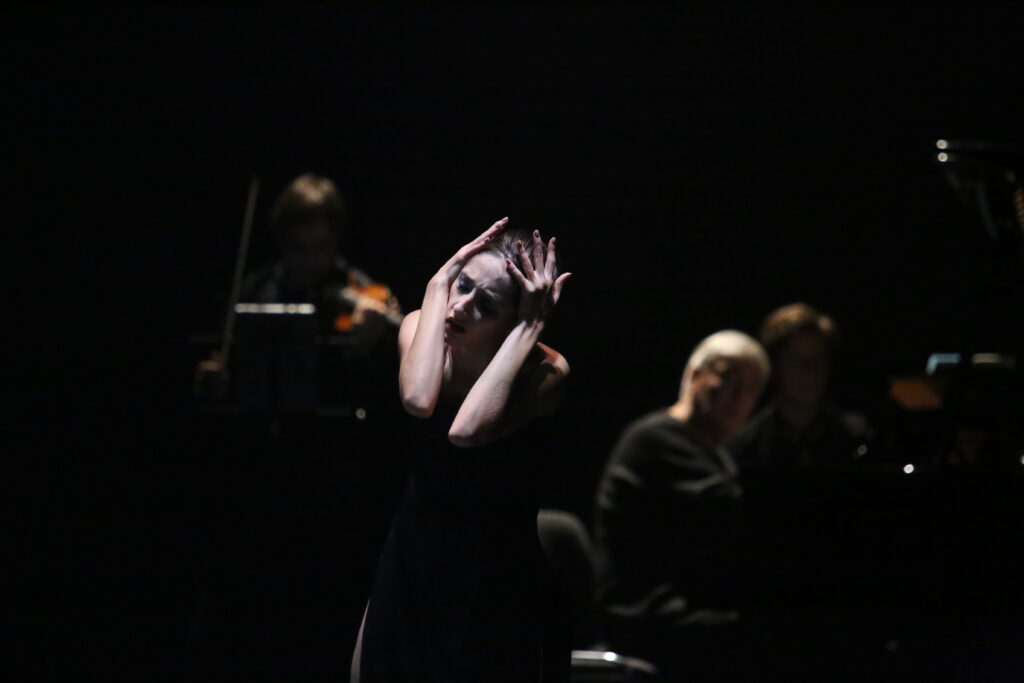 Two other ballets rounded out the evening, “Celebration of Those Leaving” by Andrey Kaidanovsky and “Hit” by Slava Samodurov, alluding to the title of the musical cantata for tenors. “Those Leaving” perhaps drew the most applause of the evening; “Hit” included a live chorus standing in the audience. But it was by far Petrov and Sevagin who carried the evening forward, demonstrating the depth of Russia’s latest generation of talented choreographers.