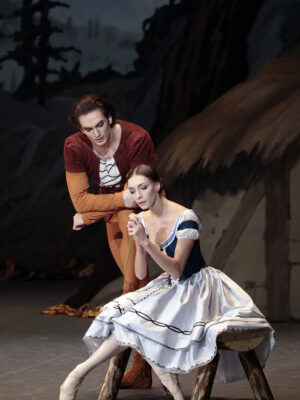 From 21 to 24 November, the Bolshoi Theatre presented Alexei Ratmansky’s latest masterpiece, a momentous reconstruction of Giselle, infused with new choreographic alterations and several key departures from the currently known libretto. The revised version culls information from the Stepanov notation, Henri Justamen’s records and at least 4 other sources. Robert Perdziola’s enchanted set designs, based on originals by Alexander Benois, take us immediately to a medieval time and place in which social classes may obstruct true love, and legends of evil spirits literally come to life. Ratmansky’s choreographic shifts highlight the libretto’s underlying theme of Christianity throughout the work, lending a deeper meaning to this ballet and marking its historical significance.

From Ratmansky’s staging, it’s clear in Act I that Giselle and Albrecht have met before. She is not the shy, demure peasant girl that we have come to know, but a vibrant young lady sure of her desires. To quote Olga Smirnova, she “loves dancing, her mother, and Albrecht”. It is her inability to withstand betrayal of that love that leads to her death. Her sensitivity is apparent. She becomes upset when she doesn’t see Albrecht at their appointed meeting time and once he appears, she emphasizes her offense. This “play” with Albrecht reveals her astuteness as well: she is innocent, yes, but informed, at least as much as one might be. Later, when Hans, played persuasively by Dmitry Dorokhov, pulls Albrecht’s sword out from the bush, Giselle confronts Bathilde openly, in utter shock. Perhaps then it is Giselle’s lack of fear, and unabashed ability to cross social classes — she communicates openly with Bathilde about the fact that they are both engaged– that led her to the intrigue with Albrecht and, ultimately, to her death.

On 22 November, Ekaterina Krysanova danced Giselle as a bold, energetic girl, brimming with life. Arabesques en pointe held for seconds decorated her Act I variation, and ideal lines completed all of her dancing. In the pantomime sections, she instilled every glance and gesture with eagerness. Her Giselle seemed to be the party of the peasant community, without a hint of illness (or her quickly approaching demise). At the Bolshoi, Krysanova offers what Tereshkina offers at the Mariinsky: they’re both the reliable go-to girls for difficult milestones carried off with bright grace.

Former prima ballerina and People’s Artist of Russia Ludmila Semenyaka, now working as a Bolshoi pedagogue, returned to the stage to play the role of Berta, Giselle’s mother. Her expert fretting concern over her daughter– she wipes Krysanova’s forehead nervously with her apron– provided more depth to the pantomime section now added to Act I. As Semenyaka depicted the myth of the wilis with stern warning, it become clear that mortality was not on Giselle’s mind. Krysanova brushed the admonition off with ease. After all, what was there to fear? 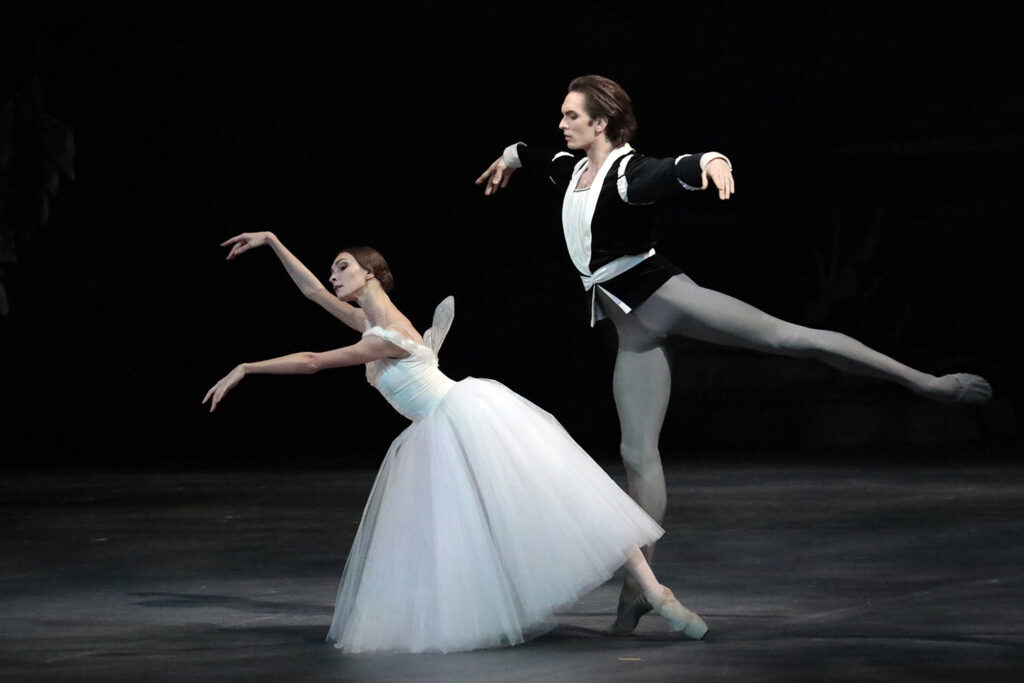 Artem Ovcharenko’s Count Albrecht is a slick, handsome fellow, enraptured with Giselle but with ambiguous motives. When confronted by Krysanova’s Giselle at the end of Act I, he looks away rather than denying the charges. But his Act II presence confirms both his love and his grief. As she attempts to return to the grave, he guides her gently away and reaches for her even as she disappears into the ground.

In terms of the ballet’s theme, as we know, it is the bond of love that allows Giselle to forgive Albrecht in Act II. Building on that, Ratmansky returned a long lost part of the original libretto that underscores the story’s strong ties to Christianity. Giselle leads Albrecht back to the cross to protect him from death by the wilis, while the group of spirits dance a fugue that was long ago cut from most productions, bourrée-ing backwards away from the cross, their arms up to cover their faces, as if the cross exerts a powerful energy against them. Throughout, the wilis hold their arms crossed high on their chests, as if laying in a coffin. They also finish their ensemble work kneeling on stage in the form of a cross. These repeat allusions to God form an interesting basis for the work, as they highlight the belief of Faith as protection from the darker side of life.

The amount of Ratmansky’s research is visible in this production and shows the monumental efforts he has undertaken to adhere to Giselle‘s historical text. The compilation of all these details lead to a production with greater depth of meaning and wider historical context than the Giselle that runs on most worldwide stages today. Ratmansky deserves great praise for his dedication to history and the energy and love that he has instilled in this painstaking work.