Despite the vast advances in ballet technique and performing prowess, it’s rare these days to really feel energy from artists on stage who, increasingly, may focus on steps at the expense of artistry. But in Saint Petersburg, the double debut of Maria Iliushkina and Victor Caixeta in Bayadere in late November far surpassed anything that has run on the famous Mariinsky stage in recent years. From Iliushkina’s reserved, noble pure-heartedness to Caixeta’s uncontainable passion –and later irrepressible grief– all three hours of the performance drew the audience into a world far from Covid, masks and QR codes, reminding us how precious human feelings can be. 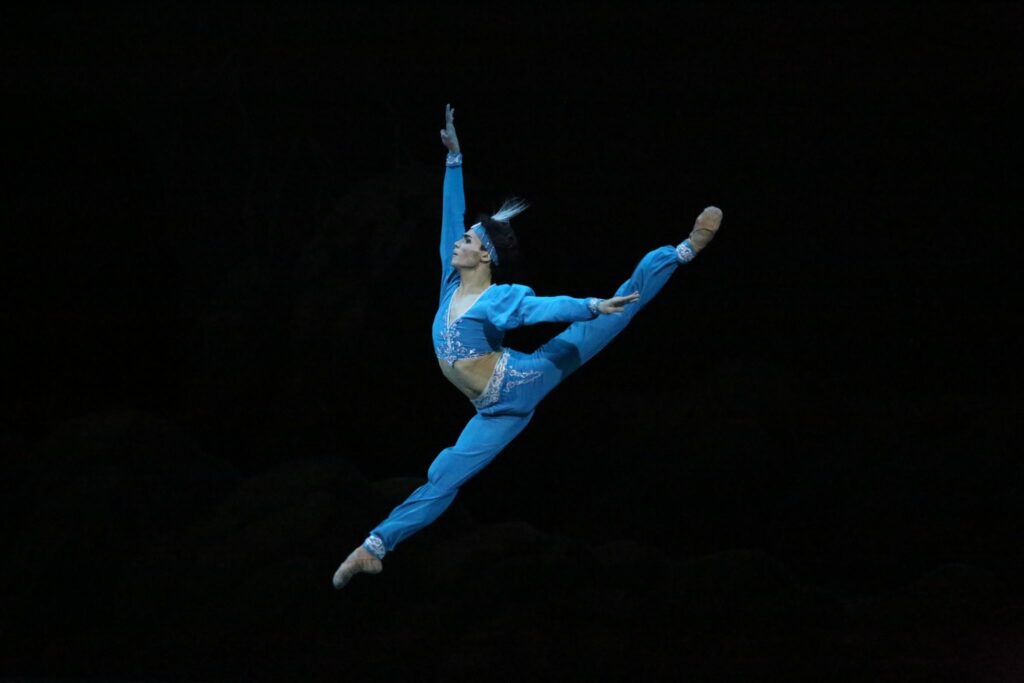 Caixeta has already been spoken about at length (and interviewed by us here). This reviewer would venture to say that he’s the closest thing to Farukh Ruzimatov that any troupe has seen in a long time, and it’s no wonder: both dancers trained under the distinguished Gennady Seliutsky, who sadly passed away in autumn 2020, but who managed to impart years of knowledge to Caixeta in the span of a few months.As a result, the young Brazilian now carries a torch held for generations, a torch containing the best of Russian ballet technique, stage acting skills, and emotional delivery. Caixeta has it all: long supple limbs, flexible arches, a jump that hangs in the air, endless turns (he is a lefty), but the same can be said of many dancers today. What strikes one most, then, is his dramatic talent: you feel his excitement when he races to embrace Nikiya, and your throat clenches when he emits confusion and grief at seeing her die in front of him. This is the stuff that stars are made of, it cannot truly be taught, but it can be pulled out of a handful of dancers, honed and polished, and set back on stage for viewers to witness. Caixeta is fire onstage, he emits emotions from every pore. He has a bright future ahead. 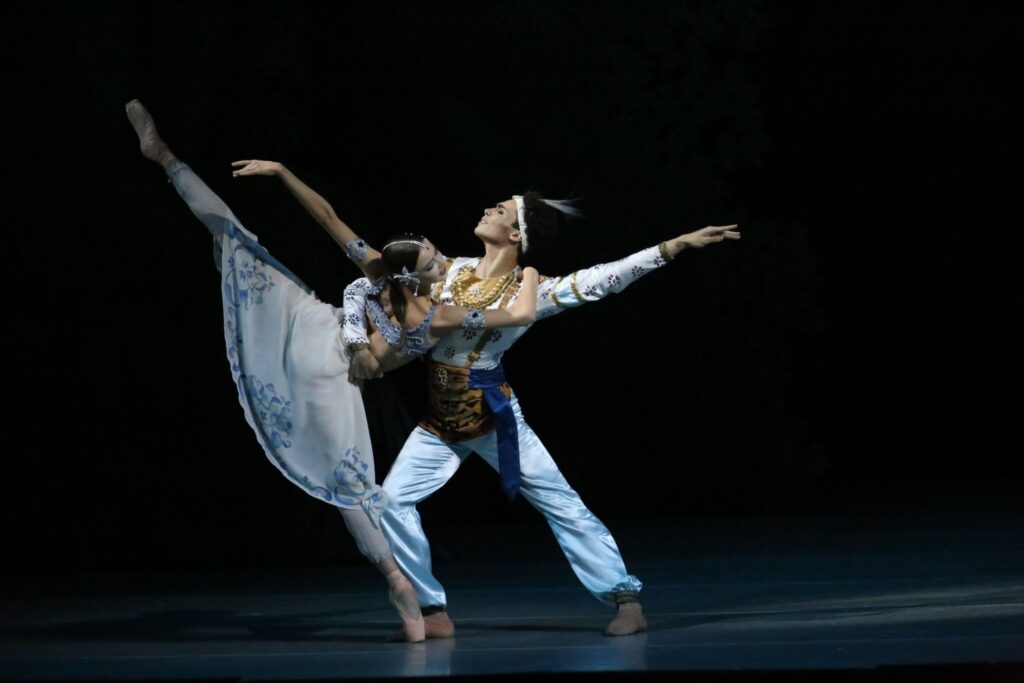 Maria Iliushkina is cut from another cloth. If Caixeta is the spice, she’s the cool water that washes it down. The reserved, polite young girl danced a Nikiya whose quiet, serene nature didn’t need announcing. Impeccably rehearsed, she presented near flawless execution through all 3 acts. (Only her exit from Gamzatti’s palace that might have benefited from a bit of rework, but that will come with time). In Act 3, she embodied Solor’s unattainable ideal with carefully honed port de bras (her coach is former ballerina Liubov Kunakova).

The fireworks did not end with these 2 debuts. Elena Evseeva danced the spoiled and haughty Gamzatti, daughter of radja Dugmanta (danced by the stately Andrey Yakovlev), pleased at the blessings of an upcoming wedding with Solor, and determined to retain him for herself. Evseeva is a stalwart of the Mariinsky, excelling in ballets such as Don Quixote or Corsaire, and never faltering in technique. Here, here dramatic skills clearly depicted her envy and arguably malicious intent. Other highlights included Alexandra Khiteeva and Vlada Borodulina in the Djampe, whose musical delivery left an impression even hours after the performance, and Shamala Guseynova with Maxim Zenin in the Indian dance, whose cannonball entrance left no audience member indifferent.

But it was the hero and heroine of the libretto that left the strongest imprint. The Mariinsky is sure to draw full houses whenever the Caixeta-Iliushkina pair dances. It will be delightful to watch them both grow as artists.

Enjoy this article? Please consider donating to help VaganovaToday provide more content! Just click the red “Become a Patron” link below and enter the amount you’d like. We receive no funding for this site, so any donations help cover ongoing costs such as web hosting, domain name, video creation/editing, and general maintenance. Even as little as $10 will help! We are also happy to adjust content based on your interests, so please let us know what you would like to see more of. We appreciate your support!