A Season of Giselles: Laurent Hilaire’s production at the Stanislavsky 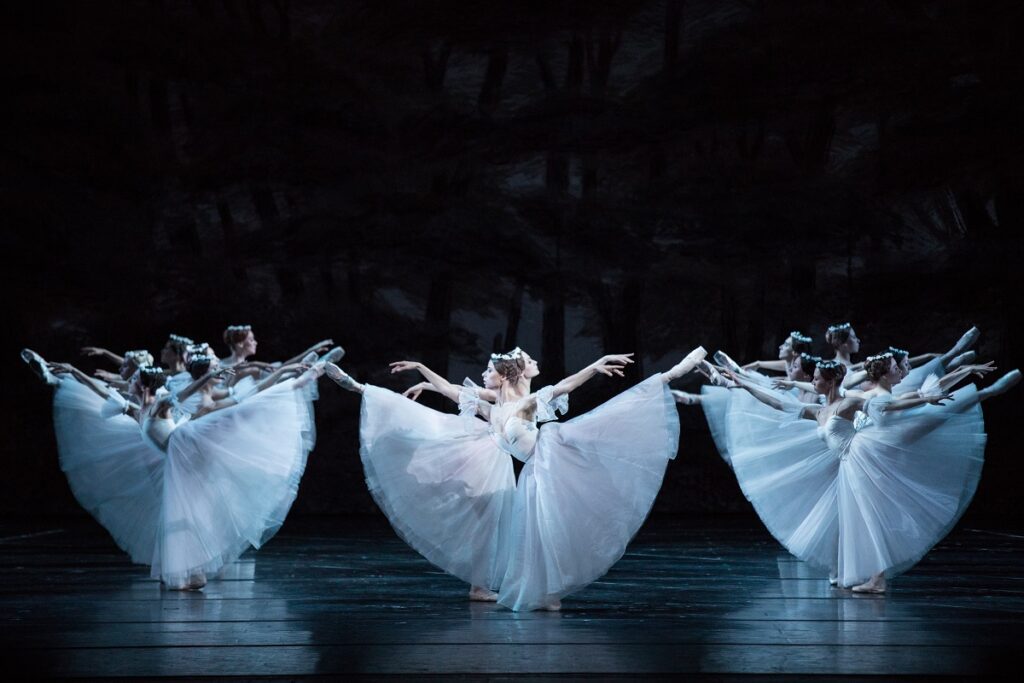 One might refer to the year 2019 as the season of Giselles in Moscow. Under Laurent Hilaire’s artistic directorship, the Stanislavsky is mounting a series of classical ballets based on either Hilaire’s vision or Nureyev’s versions set at the Paris Opera Ballet. This July, Hilaire’s Giselle premiered (Nureyev’s version of Don Quixote will follow in late October). The Bolshoi Ballet, not to be outdone, will counter with Alexei Ratmansky’s new version of Giselle this November. But the Stanislavsky version came first and is an integral part of the increasingly popular company’s repertoire.

For those who missed the summer premiere, the company performed Giselle again in late September and will repeat it in November. Hilaire’s Giselle adheres heavily to the classical Mariinsky “original” with only minor adjustments to the corps de ballet steps and formations and some of the leading dancers’ steps as well. In the program notes, Hilaire states his focus fell upon clarifying the ballet’s pantomime, which he accomplished in this version. As for the steps, by way of example, arms on the hips and pliés in attitude devant accent some of the peasant corps Act I sequences. The set of entrechat six-échappé done by 6 demi soloists was taken at a quicker tempo than usual. And the music for the peasant pas de deux was moved to just before the hunting party exits the stage.

Ksenia Shevtsova, promoted by Hilaire last season, is a slim-limbed brunette with quintessential “French” feet: sharply arched insteps that easily lend themselves to precision placement. Her upper body also recalls the French school of yesteryear, with slender, fluid port de bras. It is no surprise then that she was one of those to debut in the leading role. During the upstage diagonal in Act I, she performed a precise plié relèvé before each coup de pied instead of a sauté. In Act II, she appeared ethereally light, especially when lifted by her Albrecht, danced by the reliable Dmitry Sobolevskiy. Sobolevskiy proved to be a strong-minded count intent on his conquest with little forethought to the consequences of his actions. Clean jumps and commanding gestures marked his performance. Elena Solomyanko danced joyously in the peasant pas de deux with careful placement.

Special recognition goes to Sergey Manyuilov for an endearing Hans. This was the Hans — or Hilarion, in other versions– you can’t help but love. His pantomime, perhaps clearer than anyone else’s, gave one the sense that he truly cared, not just about Giselle’s well-being, but about justice being served and truth reigning. He depicted the utter exhaustion and tragic of his character at the end of Act II with great expertise.

The quaint sets in Hilaire’s Act II evoke a chilly cemetery setting, with gravediggers playing dice under lamplight, a nice touch that underscores the era. Here, Olga Sizykh depicted a cold-hearted Myrtha skimming across the stage in a diaphanous tutu .(A word about the costumes — much attention was paid to the materials used, especially in Act II, which makes a greater visual impact than some of the stiffer tutu skirts in other companies). Despite a stumble on her first arabesque, airy jumps and assured gestures illustrated Sizykh’s unforgiving queen of the wilis. For her initial arabesque hops, Hilaire inserted a specific closure into 5th en pointe before extending the leg out. It’s a minor detail that adds a sense of accuracy and sharpness. Some of her other choreography maintained the same steps, but shifted to croisé positions (arabesques or tour jetés). The two leading willis, Anastasia Ershova and Marina Zolotova, performed their respective variations with sharp energy. Zolotova, who joined the Stanislavsky after years in the Mariinsky corps, stands out in any demi-soloist role given her, and here was no exception.

The Stanislavsky may not hold the big name that the Bolshoi holds, but at least in recent years it continues to produce high-quality productions that rival and often even surpass its neighboring troupe in terms of dancing. We eagerly await the rest of the 2019-2020 season to see what other gifts may be on offer.