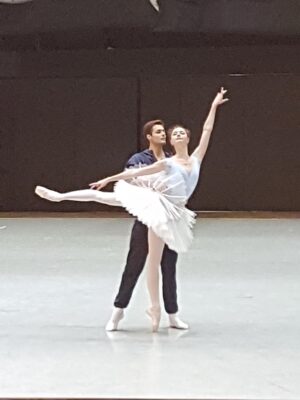 Alyona Kovalyova, who graduated from the Vaganova Academy in 2016, is now beginning her second season at the Bolshoi. With already several premieres under her belt, this Saturday, 16 September, she will debut as Odette-Odile in Yuri Grigorovich’s version of Swan Lake on the Bolshoi main stage.

We wish Ms. Kovalyova every success in her upcoming debut, and will report back on the results!