Close of the Season in Russia – July/August 2021 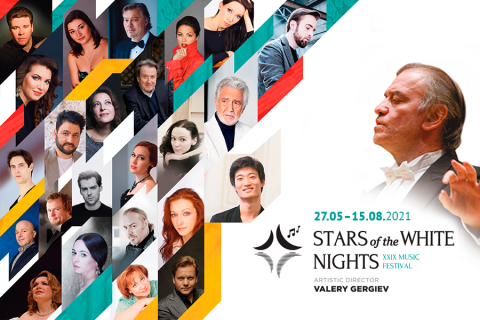 Despite the second year of the Covid pandemic as of this March, Russian theatres continued to work at full throttle throughout the past year. In Saint Petersburg, July brought the close of the annual White Night’s festival as well as the premieres of choreographer Max Petrov’s Renard, The Moor, and The Fairy’s Kiss — three works set to Stravinsky, the second of which is opera.
A triptych of jubilee Artistic Evenings was presented in July as well: Viktoria Tereshkina (July 3)  and Ekaterina Kondaurova (July 6) each celebrated 20 years on stage, while Kimin Kim (July 18) marked his 10th anniversary with the Mariinsky. A gala concert was also held (July 8) in honour of famed pedagogue Ludmila Kovalyova, who has cultivated many ballet careers in Russia, among them Olga Smirnova and Diana Vishneva.
For the month of August, the Mariinsky Theatre is filled with its Primorsky affiliate company until the new season begins in September with the standard troupe.
In Moscow, Christian Shpuck’s Orlando debuted in March at the Bolshoi followed by Yuri Possokhov’s The Seagull, based on Chekov’s great work, in July. Of note as well, Mariinsky Soloist Viktoria Brilyova is joining the Bolshoi after many years on the Mariinsky stage. We wish her the best of luck in her new position!
Here is to hoping the 2021-2022 season brings health and much stage time to all the dancers!
Become a Patron!