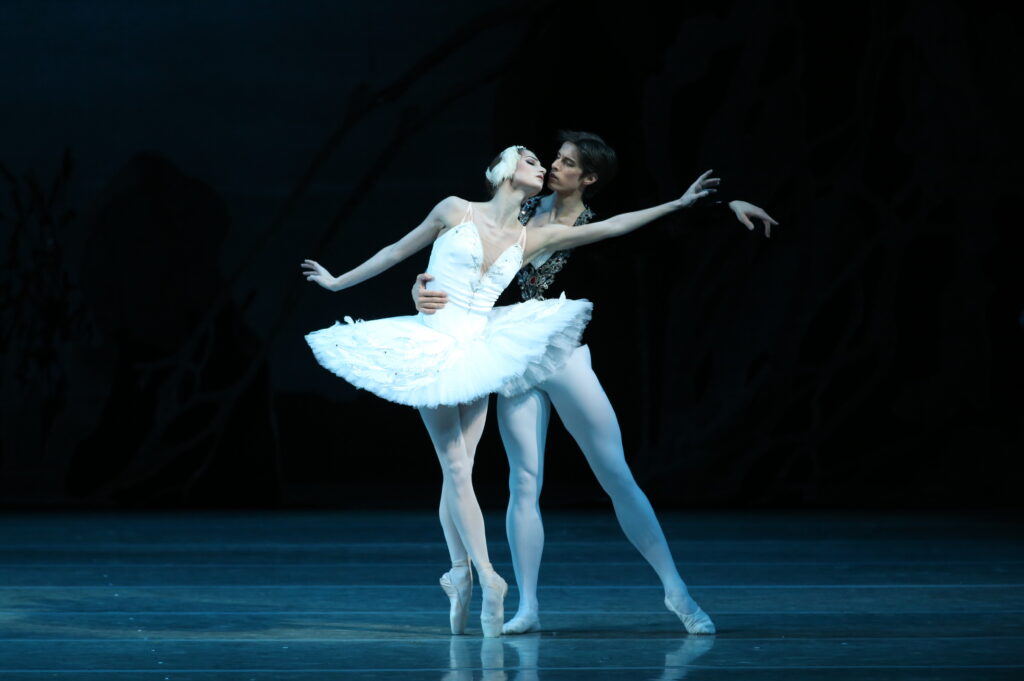 For a viewer exposed regularly to Moscow’s ballet offerings, the flash and speed of Grigorovich’s unique works at the Bolshoi fill a certain niche that accents the largesse of this capital city. But travelling to Russia’s northern capital, the more restrained, aristocratic atmosphere in the formerly Imperial city of Saint Petersburg, has an undeniable attraction that remains unparalleled worldwide. On the eve of the VI Saint Petersburg Cultural Forum, the Mariinsky Theatre was gearing up for distinguished performers (piano virtuoso Denis Matsuev on 16 November) and guests (President Putin at the opening ceremony). But a routine schedule continued to fill the Mariinsky Theatre that week, with Swan Lake running just two nights before the Forum began.

Yet Swan Lake at the Mariinsky is not just another performance, it’s anything but routine. The Mariinsky, crowned the “House of Petipa” in a nod to the brilliant balletmaster who created the backbone of the world’s classical ballet repertoire, is the only house that retains the most traditional version of the choreographer’s works. Yes, changes were made to even those originals with time, but those changes followed the lineage of the Imperial Theatre. Indeed, when a ballet company purchases the score to Lake, they purchase the version created in this house, and make adjustments (unfortunately) as they see fit. 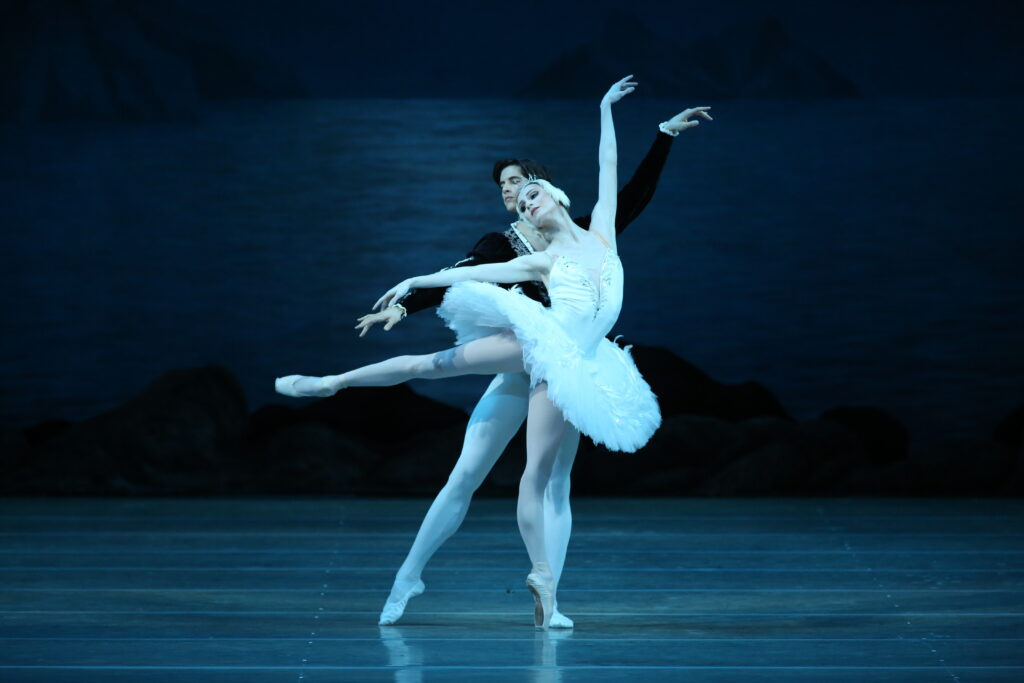 The impeccable sound of the Mariinsky orchestra under the baton of the skilled Gavriel Heine, filling a theatre made specifically to hear this richness, was nothing short of exquisite on 14 November. With energetic verve every instrument, from the winds to the percussion, came together to meet Tchaikovsky’s score the way it was intended. Even the Bolshoi cannot boast this timbre and tone at present time, leading one to wonder why the capital city falls short in terms of performance quality when funding and talent are in no shortage there.

This evening presented a delicious casting choice with Oksana Skorik alongside Xander Parish in the leading roles. Skorik, previously highly criticized in the media for unclear reasons, has come a long way in her climb up the ranks. Her sculpted physique, superbly flexible back, and sharp, high arches unarguably form the most ideal ballet body in the company at present time, but what stands out most now is her strength. She can carry the full three hours of Lake without a wobble, and has added nuance to her interpretation since the troupe’s Berkeley, California tour more than 3 years ago. As Odette, Skorik was careful in her delivery and precise in her steps. During the White Adagio, not a soul in the audience moved. This is typical of the Petersburg balletgoing public: all watch with bated breath, aware of each step before it comes. With each arabesque Skorik carved a sharp 90-degree line in space, and at several points she stepped into a piqué arabesque and hung there, floating, as if on air. As Odile, Skorik opened up, adding an unexpected sauciness with coy glances and sudden snaps of the head. Here again her balances were spot-on: her ecarté was held longer than usual, the leg brought down at a glacial place, such delectable timing and musicality apparently now one of her talents. In terms of stamina, her 32 fouettés in Act II, performed to a hastened tempo, did not waver from her starting point on the floor; few ballerinas today can boast this skill, whether they are spinning out doubles or not.

Newly appointed principal dancer Xander Parish was every bit the noble prince and dependable partner. Despite the limited opportunities in this libretto for Siegfried to emote, Parish managed to infuse the existing pantomime passages with meaning. His gestures in Act I made the story clear: I was just enjoying my time with friends, he gestures sheepishly to the Queen; what a great crossbow, upon receipt of his birthday present. And later, when Odile races off in victorious deceit, I didn’t mean to make this grave error. Unlike Albrecht, here we have a hero who had no intention to fool around, and out of remorse clearly wants to set things right. He does that by ripping off Rothbart’s wing, of course, and everyone lives happily ever after. In that final scene, Oksana Skorik had eyes only for her prince, passing by Rothbart’s lifeless body in front of her — it was as if the love that connected this couple was strong enough to surpass even the evil master’s death, blinding Odette to anything but her savior-prince. 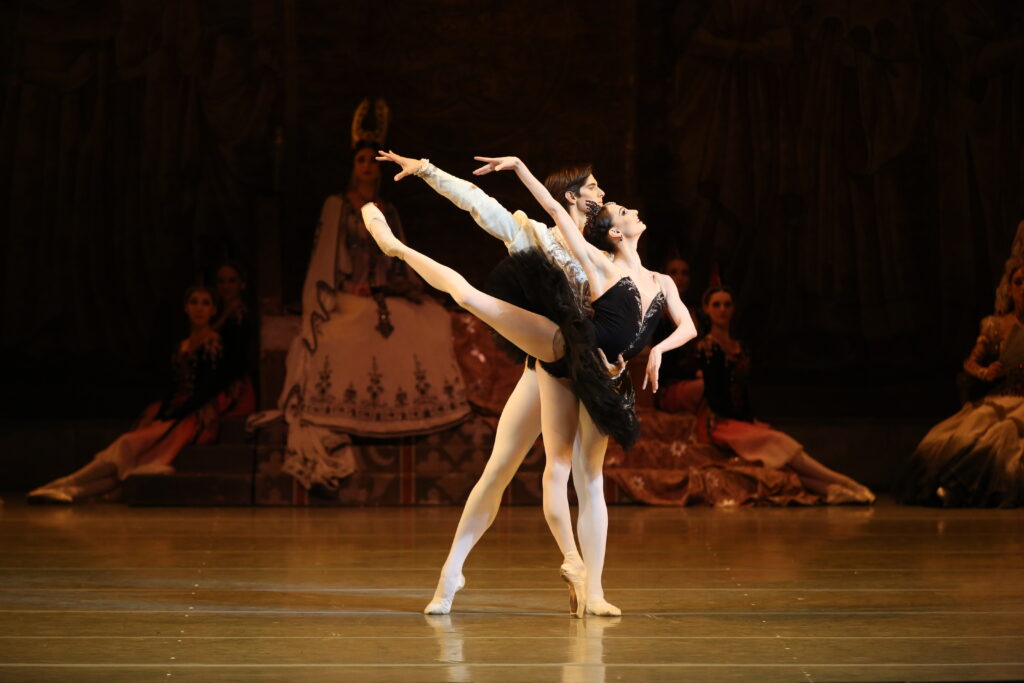 Some of the secondary roles also offered visual delights. In the Act I Pas de Trois, David Zaleyev’s virtuoso allegro, decorated with split sissones and clear épaulement, is evidently well-coached. His retiré passés during tours are high on the leg and his deep lunges after the tours form a scrumptuous contrast with the height in his jumps. Elena Evseva’s infectious smile and delicate bourrées made one want to regard her much longer than the short section she danced. Of the four cygnets in Act I, Svetlana Ivanova was the only one (and the only veteran in the list) to offer the timing, lines, and technique required. As Rothbart, Alexander Romanchikov is to be lauded for his vigor, razor-sharp lines, and evil aura. In Act II, new faces from the corps emerged: Tamara Gimadieva, a bouncy blonde, performed the lead in the Neopolitan dance alongside Vyacheslav Gnedchik.

In terms of the Mariinsky’s accomplishments, this evening was one of the stronger Swan Lakes to appear on the stage, in large part because both casting and conducting merged in those elusive magical moments that cannot be captured other than in a live performance by well-honed, highly-trained artists. In short, if one wants to experience Swan Lake as it was intended, the Mariinsky is the only place to do it.