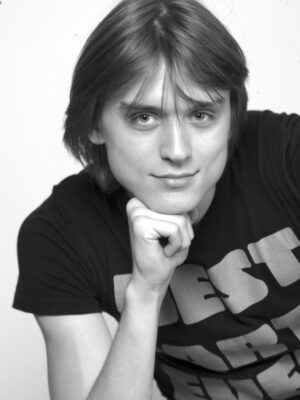 You trained at the Gjel school of ballet, but how did you start dancing?
It was absolutely my mother’s desire, because I don’t know a young man who would want to start dancing on his own. There is one such man, Nikolai Tsiskaridze, he is the only who wanted to start ballet on his own. But all the rest of my friends were sent to start ballet by their parents. For me at the very start the profession I didn’t really like it or enjoy studying, but at one point it started to draw me in and I began to look at it in another way.

I had several pedagogues there at Gjel, first a female because it’s usually done that way, the main fundamentals are taught by females and then there is a transition to men’s work where a male teacher must understand the details of technique and how to do a specific movement correctly. Then my last two teachers were men. I graduated under Alexei Alexandrovich Evdokim, who had been a soloist at the Bolshoi. 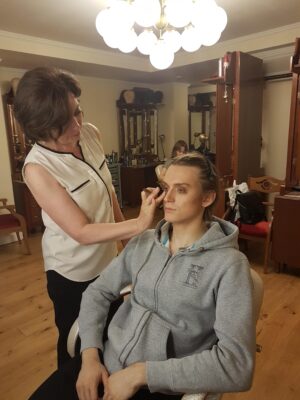 On 2009 a concert on stage the Bolshoi Theatre brought you here. How did that happen?
It was that concert in 2009 that took place on the Bolshoi Stage, led me to believe that I might be able to dance in the Bolshoi, and not just dance in the Bolshoi but maybe even be a soloist in it. It was the festival of all choreographic schools that took place at the Moscow Academy. I was sent from Gjel. And I thought I would dance, and they would not let me into the Bolshoi. We danced the pas de deux from La Sylphide and it turned out they did not accept my partner but they accepted me. And that turned out to be a turning point that maybe there was a chance for me to dance at the Bolshoi.

You began working with Nikolai Tsiskardize immediately?
Yes, practically immediately. I took the general company class the first two months, and in the third month Tsiskaridze noticed me and started to work with him. At first he corrected a lot of things, and it wasn’t until the end of the first season that I danced the role of Bluebird.

What impressions did you have of the company at first?
When stars such as Uvarov and Tsiskaridze were in the company, for me they were my idols. I understood I had a lot of work ahead of me to reach their level. There was a lot of competition, but at the same time, things worked out in my life such that the other men who were taken into the company at the same time as me are still in the corps de ballet. Even those who graduated from the Moscow Choreographic Academy. 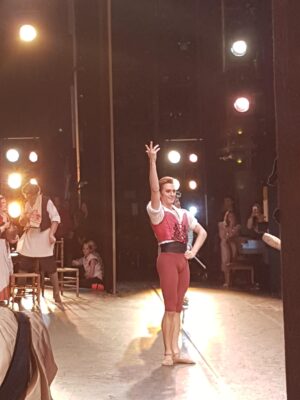 What was it like to work with Tsiskaridze?
Nikolai Maximovich is a very scrupulous person, every gesture and glance is important. He says that every step on stage has to be rehearsed and known in advance. Coordination of the body and arms, beauty of the lines and harmony and the cohesiveness of the character or image are required. When a person such as Tsiskaridze works with you, it’s like being watched under a microscope. Many think that if you end up working with Tsiskardize, just due to his name everything will automatically fall into place and work out for you. But in reality, a great deal of hard work lies behind all of this because you cannot mislead him and dance poorly on stage, because if you do so he will be at fault, and if you dance well then you will be congratulated. So being a pedagogue is really hard.

You received a higher diploma in 2013 in pedagogy from the Moscow Choreographic Academy, but your dancing career is soaring. Why the additional education?
I need to study faster, and there was a possibility of receiving a higher education diploma there, so I did so. I consider it never hurts to have more degrees. I don’t plan to be a pedagogue yet, but I do plan to receive yet another higher education degree. It’s a secret until I actually do it, but then we will see. 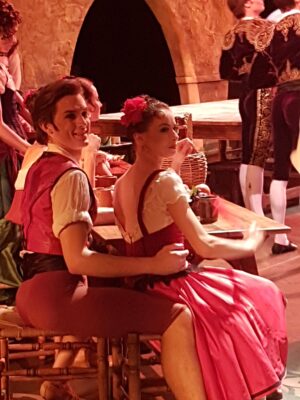 Who is your pedagogue now and how do you work together?
Alexander Nikolayevich Vetrov, the last incredible dancer of the Bolshoi Theatre and a student of Pestov himself, just like Nikolai Maximovich Tsiskaridze. The two are a bit different because they’re from different generations. Alexander NIkolayevich allows a freedom of choice in dance, whereas Nikolai Maximovich works strictly by the canon, “it shall be the way I say it shall be.”

Your first role was Bluebird, do you have a favorite role?
You know, I always answer this question this way: My favorite role is the one I’m dancing now. Because to go out on stage and understand that it’s not your favorite role, then on stage nothing will work out well.

In two hours I have a performance of Don Quixote, so right now my favorite role is Basil.

The role you’d like to dance?
I’ve already danced most roles, even those that I have dreamt of. For example, I danced Siegfried and I really wanted to dance it. I never even dreamt of Spartacus, but I danced it. Generally I’ve danced all of the ballets of Yuri Grigorovich and I wanted to dance them. But there are a few — Romeo is one I’d like to dance to close out the classical repertoire.

You danced at the Mariinsky?
Yes, twice. The first time was probably fated and in some way defined my fate as a principal dancer at the Bolshoi because I danced at the Olga Moiseyevajubilee/anniversary gala with Svetlana Zakharova, and now I dance almost everything with her. Svetlana is a specific level, not just a specific level but an extremely high level to which you have to always strive towards and she’s probably the only one like that, so for me it’s a huge honor that I am dancing with her. And performing at the Mariinsky probably determined my fate in that way. The second time I danced Swan Lake at the Mariinsky upon the invitation of Yuri Fateyev. And it was my debut in the role. Immediately after that they promoted me to premiere danseur [principal dancer] at the Bolshoi. Probably the artistic director at the time, Sergey Filin, feared I would leave and join the Mariinsky. 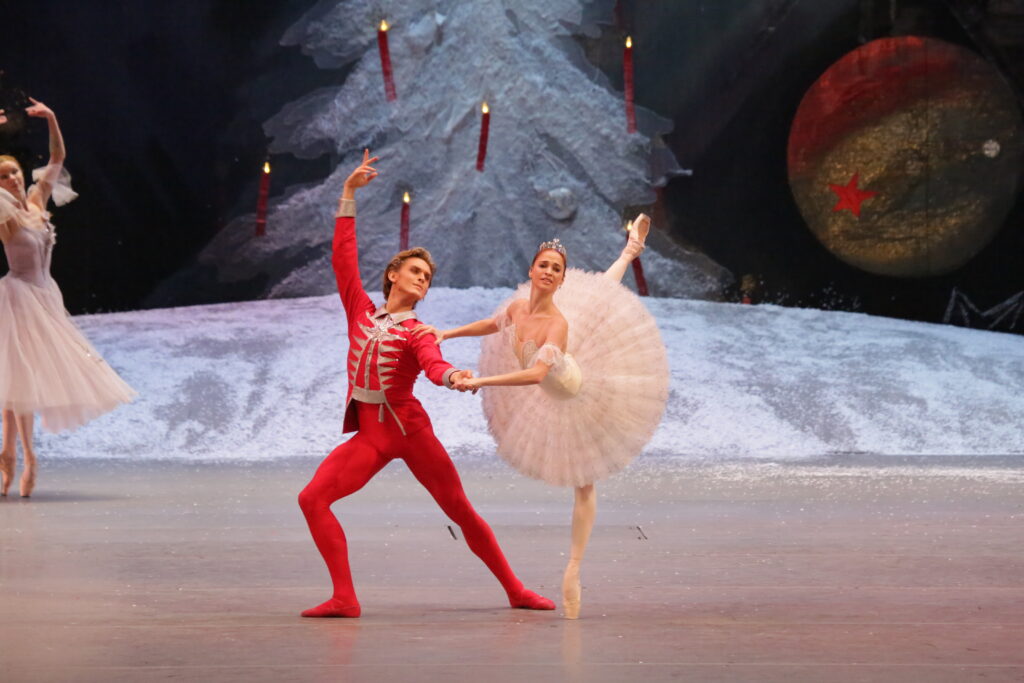 Is there a difference between the audience in Saint Petersburg and Moscow?
We have paid ‘bravo-yellers’ here, called “clackers” and the tickets here are more expensive, that’s the main difference.

You travel a lot to dance in various countries, do you enjoy it?
My favorite country is Japan and in second place, Italy. I love Japan because the public there is grateful and for whom ballet stands in first place. I like Italy as a country and it’s talented with world culture values and tomorrow by the way I’m flying to Italy and it’s great because in Moscow we have rain and it’s sunny there all the time.

Does the weather in Moscow influence how you dance?
You know, we don’t have winter or summer here, we can’t really characterise it as anything, our weather can’t be categorised in any way, we have something like “between the seasons”, the sun shines and then it snows. Of course that affects how you feel and most importantly on your mood. 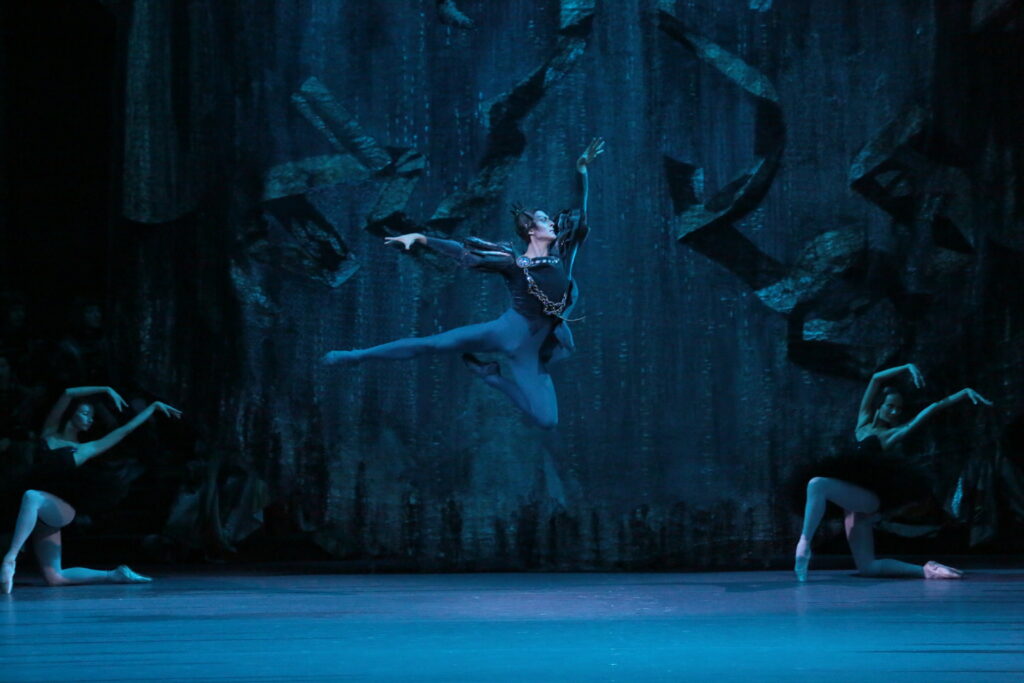 Can you compare the level of dancing in Russia to that in the rest of the world?
I think we have something to learn from Europe. You know, there is that correct concept of discipline that, no matter what, you attend company class and complete it. And it seems to me they have more endurance [in Europe], but in terms of the cohesion of productions, of course Russian artists more are capable in ballet, and the Russian level of ballet is higher than La Scala or Covent Garden. Because you come here and you see a production, you see action, a real theatre. In Europe, there are few such artists that really grab you with their image. But there they are very technical and capable and devoted to their art form.

What’s the hardest part of your profession?
To get up in the morning and warm up.

How do you retain interest in your art form? Your perseverance and drive is palpable in talking to you.
I think it’s inborn. I went to a restaurant last night and happen to run into a former classmate from Gjel there and she said something that I had never noticed but others notice: that I have some goal that I have to achieve and when I was in school I didn’t pay attention to others, but other people noticed I was hard working and nothing existed around me except my profession. Maybe that’s my innate diligence, it forces me to work further and not be lazy. However, any person who lives on this planet is lazy by nature. The hardest thing is to fight that laziness. And I have that ability, to fight that laziness.

You were involved with soccer as a boy?
Yes, I was involved with it and I did well. And now, it’s possible if I had remained in soccer and became a soccer player that Russia would not have disgraced itself so badly in the championships. That’s a joke! But I used to love to play soccer, I could go play it after ballet classes, I never got tired. And I did really well in it because a trainer from a good soccer club noticed me. But my mother insisted I stop because she considered soccer to be an injury-risking activity, but now she realizes that ballet is just as much so. I don’t watch soccer anymore because our Russian players have removed any desire to watch it given their [low] level of playing. And I think it’s better to do what I do best. And that’s ballet.

Do you have pets?
Yes, I have a cat named Fedya. I like dogs but you have to walk them, so I like cats better. I like their impudence.

How do you like to spend your free time?
Talking with friends, or going to the Conservatory or to the opera but not to the Bolshoi because it is a place of work for me, so if I enter the theatre as a viewer, I still have the sense that I’m at work. But I will go to the opera at the Stanislavsky and I plan to attend the opera in Milan at some point.

If you had advice for young people who aspire to dance, what would you say?
Probably in the first place I would say, when a boy or girl is still little and does not yet understand what they want, then my advice would be for their parents: if the child has talent and the right traits, they should take them to ballet and if they do not have what is needed, do not force it, because everything is really harsh in those terms in this profession. However, those who began in ballet and continue it require a strong work ethic. All the talented dancers who I know have incredible work ethics and that is why now they are the best. For example, Svetlana Zakharova who, despite her gifts, is always working. For me it is surprising that with her gifts she works so hard, for me she is a role model in terms of discipline.

Do you have a dream for the future?
I would like to dance big classical roles on world European and American stages, I want to also dance in Tokyo. Probably right now I’d like to dance as a guest at Covent Garden and at the Paris Opera because it’s always very important for an artist to have that sort of invitation.