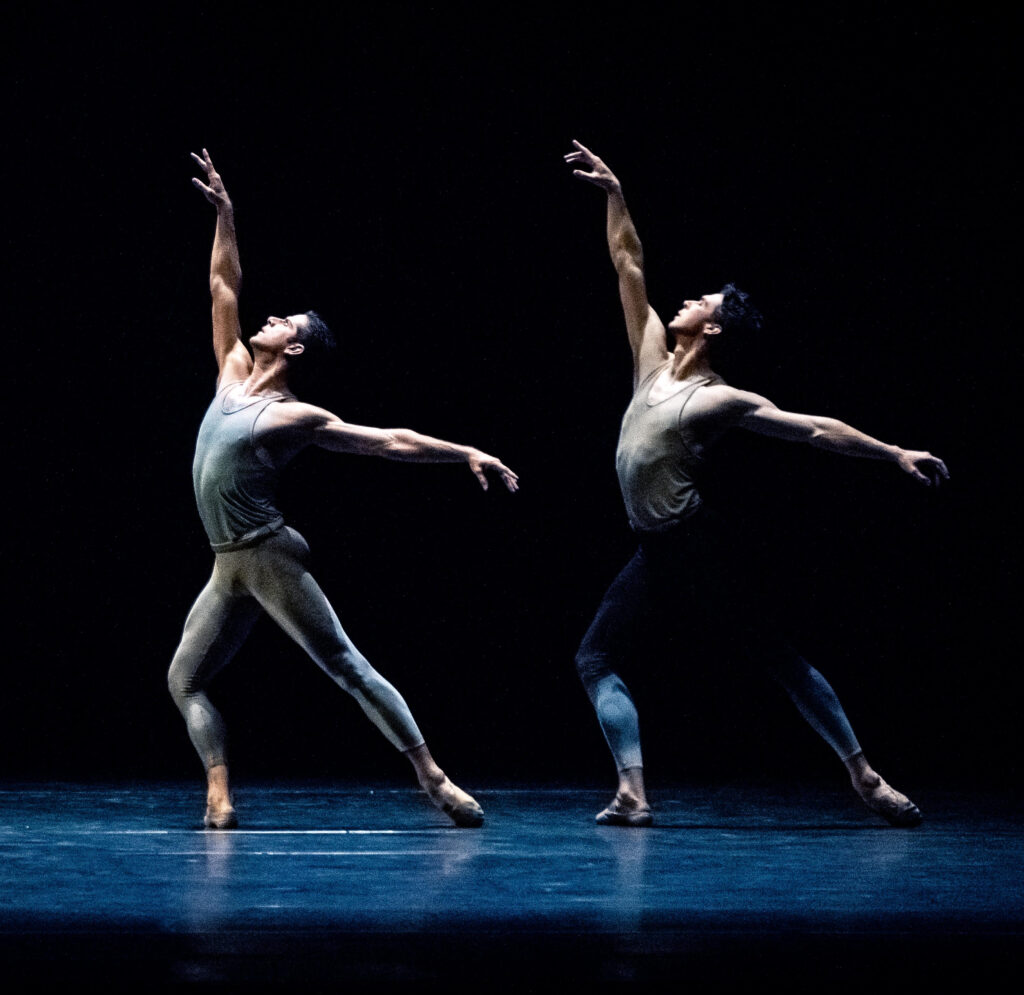 As early as spring 2018, sidewalk signs and metro billboards held the poster for the International Ballet Stars Gala to be held at the Kremlin on 7 October. The list of international participants was impressive indeed, including stars from Berlin, Vienna, Norway, Saint Petersburg, and of course Moscow’s local Stanislavsky, Bolshoi, and Kremlin troupes. Sponsored by the Vinokur Fund, and filmed for Russia’s Kultura TV channel, the large-scale production required intense coordination by producer Mikhail Sheynin, best known for his work producing the controversial film “Mathilde” about the life of Mathilde Ksessinskaya, the pre-revolutionary ballerina who had a relationship with Tsarevich Nikolai.

The Kremlin Gala itself held no such scandals, just a 3-hour evening of pure dance, ranging from classical to neoclassical works and including modern creations. Two promising young Bolshoi stars, the poster children for the event, Alena Kovaleva and Jacopo Tissi, opened the evening with Dedication to Petipa choreographed by Vasily Medvedev against the backdrop of a young corps de ballet from the Kremlin Ballet’s troupe. Tissi’s attentive partnering through various mixtures of classical poses and promenades served as a stable backdrop for the lovely Kovaleva, donning a black tutu with a “half-moon” tiara. The choreography was not complex but adhered to the classical canon in a nod to this ongoing celebration of Marius Petipa. Highlights from the modern sections included Roberto Bolle in a guest appearance in Going through the Light to Pachelbel’s Canon in D score. Bare-chested in a long red skirt, Bolle’s slow, fluid undulations on stage melded with a digital screen upstage projecting at first abstract images and later images of him in various positions. The work contrasted sharply with the piece by Marco Goecke, danced by members of the Berlin Youth Ballet, where the choreographer’s signature fluttering “busy hand” movements, shoulder circles, deep lunges and open fourth positions seem to repeat from his other work (Lonely George, recently danced at the Stanislavsky Ballet’s mixed bill). 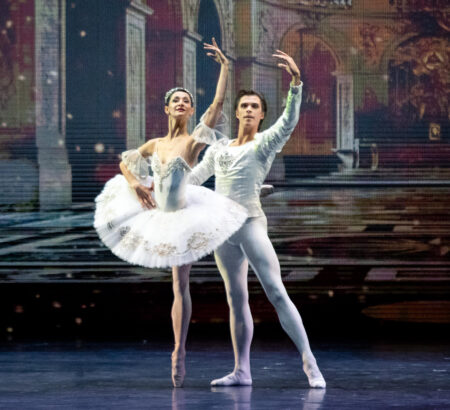 There were more inspiring moments however. Marcelo Gomes, now an international guest artist on the roster of both the Sarasota and Washington Ballet companies, created two pieces for the evening. The first of the two, Paganini, was a clever competition of sound versus movement between the onstage violinist playing the music by the same name, and Gomes’ attempts to outdo him choreographically. Slow moves interspersed with quick ones, where a fast beat closes into a parallel plié. In the second of the two, Ami, he joined Thomas Forester, a dancer blessed with an equally gorgeous physique and supple arches, in a cross between mirroring and parallel movements. The pair each begin with a tendu to music by Chopin, when Gomes offers Forester to make the first move. Synchronised promenades shifted into isolated shoulder swirls, interspersed with reaching penchés. The piece closes with the two tenduing, each leg over the other. Gomes approach to his choreography is both intellectual and physical, making it intriguing to watch.

Osiel Gouneo, previously with the Norwegian ballet and now with Bavarian State Opera Ballet, offered a heated rendition of the Grand Pas from Esmeralda along with the sparkling Anastasia Limenko from the Stanislavsky Ballet. Gouneo, blessed with the innate Cuban ability to turn endlessly, easily pulled off 6 and 7 pirouettes at a time, ending in either arabesque or slowly lowering his working leg to coup de pied while still turning. Limenko’s variation offered accurate relevés in the penché “dive” en pointe and a strong set of turns. This couple were perhaps the brightest of the evening. 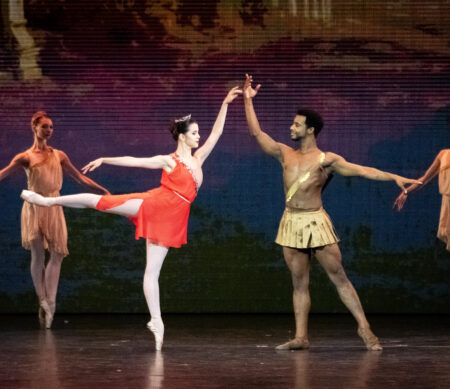 On another classical note, the Stanislavsky’s Oksana Kardash joined the Bolshoi’s Artem Ovcharenko in Grand Pas Classique. Aside from the detail of the precipité altered to a fondu in the first part, there were no detractions from the French version of the choreography. Ovcharenko offered clean double tours, although there were several partnering glitches in the duet sections. Yet Kardash’s articulate legs and, in the variation, strong relevé sequence compensated, as did her fouettés.

The evening included at least 10 other works, including a handful of classical and many short modern pieces. Clocking in at over three and a half hours long, it’s not for the faint of heart, but this annual Gala offers the chance to see some of the world’s greatest stars all within the span of one evening. For that alone, it’s worth attending.