It was the 4th of April 2019, the premiere of A Winter’s Tale and the Bolshoi Theatre was full. A double tour en l’air moving stage left. A step he had done thousands of times since his school days. But something went wrong – the angle of the landing or the torque, maybe simply overwork. No sooner had both legs hit the ground than he immediately lifted one off the floor, and hopped into the wing on the other. The music stopped. The curtain came down. A murmur filled the house and the house lights came on for an unplanned intermission.

Vladislav Lantratov’s deep sense of responsibility led him to apologize -needlessly of course- on social media to the viewers who witnessed the injury. This principal dancer had just torn his achilles tendon. Surgery took place nearly immediately, then recovery and the long wait for the return to the stage. A wait that lasted over 8 months and included time in Germany with specialist physicians to regain full strength.

That wait ended on the 13th of December, on the Bolshoi’s New Stage, when the house filled with friends, fans and well wishers who had patiently and eagerly awaited him. The warmth that filled the small theatre was palpable, and tears filled more than one pair of eyes that evening. 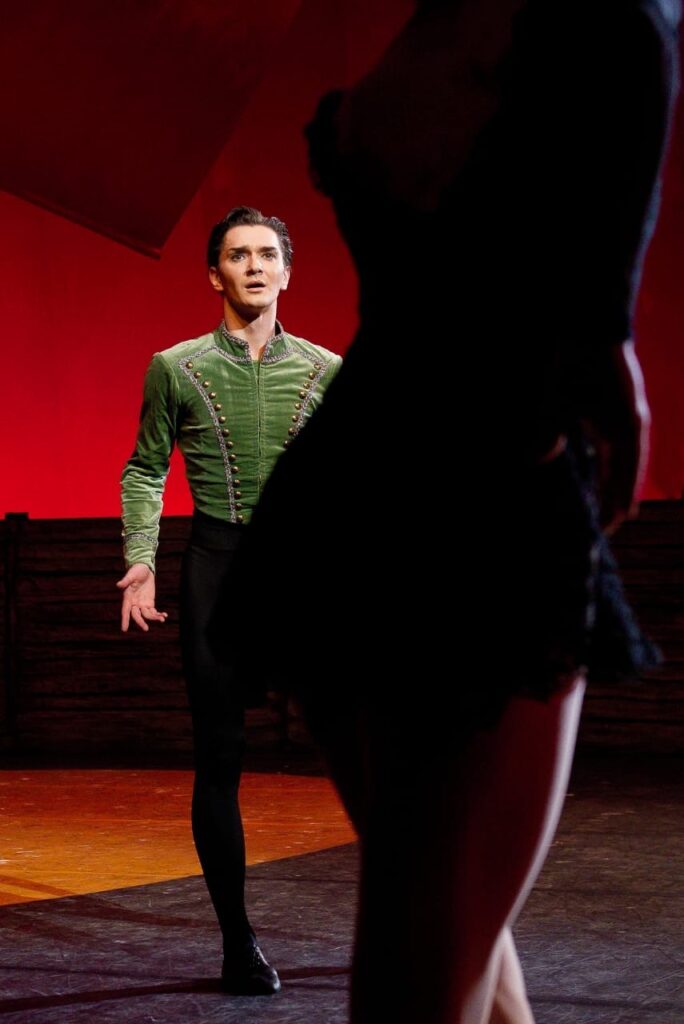 The overly abstract choreography in Alberto Alonso’s Carmen Suite, set to Rodion Schedrin’s music, may be hard for purely classical enthusiasts to digest, but the parallel positions and flexed feet match the modern sets to form a cohesive whole that depicts the Spanish gypsy’s tragic death.

Ekaterina Shipulina, a stunningly gorgeous Carmen blessed with a stage face the transmits pure beauty to the furthest rows in the auditorium, danced the leading role. Her chiseled legs passed through clean positions with ease, and her flirtatious nature seemed innate in every interaction with Jose.

Vladislav Lantratov’s Don José, a sleek Spanish soldier, entered the stage to ardent applause from the audience. From the start his every sentiment was visible. One of Lantratov’s greatest gifts is his acting prowess. Where other dancers may stop at the steps, Lantratov fills the choreography with undertone and meaning, and this role is no exception. Dramatic longing for Carmen shown in his emotive solo, alternating with impatience over her inconstant, elusive manner. When his outstretched hand is met with an outstretched leg, he doesn’t find the joke comical, and seems more exasperated. His short dramatic solo depicted the angst of Jose over Carmen, and at her accidental death, his face shifted to shock and regret. Lantratov’s performance exceeded all expectations.

For those who waited the past 8 months, it is good to know he is back.