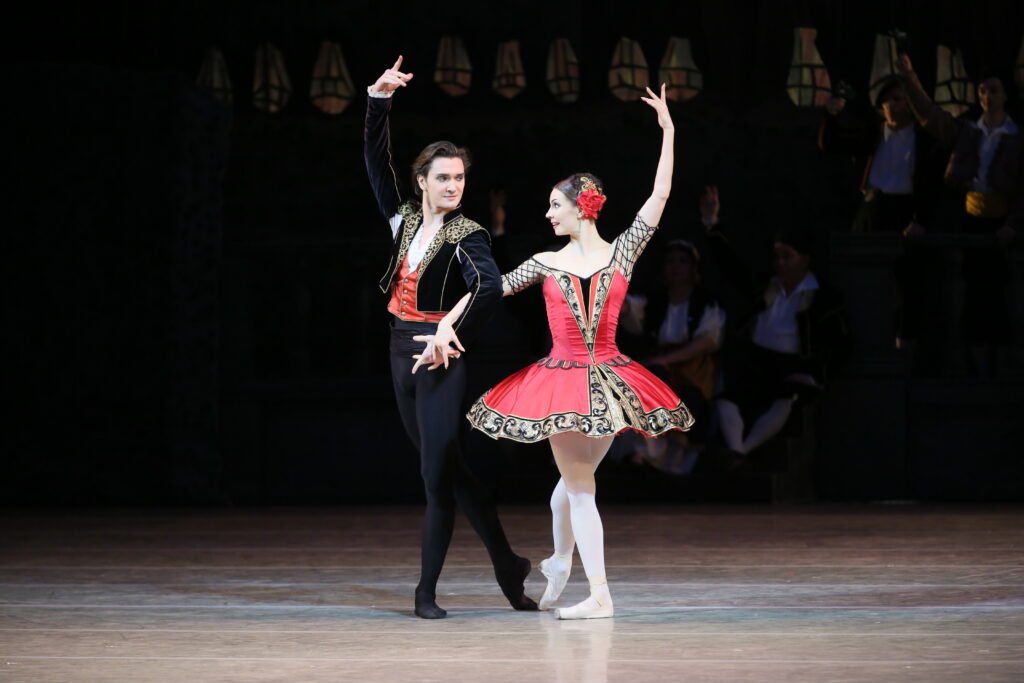 Though hailing from France, Marius Petipa, who would have turned 200 years old on March 11, made a name for himself in Saint Petersburg, at the then “Bolshoi Kamenniy”, now Mariinsky Theatre, where he served as balletmaster for 34 years and where the bulk of his ballets premiered. In this “Year of Petipa”, the house that the great choreographer called home replaced their annual international ballet festival with a hybrid version focusing on Petipa ballets. Rampant with Sleeping Beauties at the start, the festival moved on to include guest artists from Moscow and New York, and even a debut in Swan Lake.

Given the rearrangements on ballet’s global stage in Russia over the past decade, the transfer of artists and even administrators from one theatre to another has now become par for the course. Altynai Asylmuratova endured hostile takeover of her position as director of the Vaganova Academy; Nikolai Tsiskardize left the Bolshoi to assume her post. Makhar Vasiev, previously head of the Mariinsky, spent 7 years at La Scala and now heads the Bolshoi. Yuri Fateyev, previously a balletmaster/coach, is now head of the ballet troupe at the Mariinsky, going on a decade. The chess pieces continue to shuffle with dancers as well. Yulia Stepanova quit the Mariinsky only to show up months later in a surprising pole vault to principal status at the Bolshoi. Kristina Shapran left the Mikhailovsky to join the Mariinsky where she’s now on a quick rise. Alyona Kovaleva, the star of her graduating class, wasn’t offered a spot at the Mariinsky at all but is already a soloist at the Bolshoi. Maria Aleksandrova, previously a frequent partner of Tsiskaridze, has moved on to contract status, guesting in numerous places, while Vladislav Lantratov is still on the Bolshoi roster. The ballet world, it seems, while becoming more global, is also getting smaller.

For viewers at the Mariinsky in the month of March, this development meant new opportunities to see top-level dancers that normally would require a separate trip to another city. Part of the hybrid nature of this Ode to Petipa meant importing guest artists from other locations. For the week leading up to 17 March, the Bolshoi’s Vladislav Lantratov and Maria Aleksandrova trotted between Moscow and Petersburg to learn the pure Petipa version of Don Quixote (the Bolshoi, as with all of the classics, sports their own adaptation, despite this ballet having been first performed in Moscow in 1869). The pair offered one of the most electrifying renditions of the production to date. In their comments afterwards, they stated it was important to them to deliver a Petersburg, classical Petipa version and not just import the Moscow style north.

Their efforts proved successful. From his very entrance in Act I, Lantratov exhibited a free, easygoing manner that demonstrated Basil’s simple honesty, void of any egotism or airs. During their first duet, his wide-eyed innocence altered between utter devotion to the lady of his heart, and the ability to flirt with a nearby peasant simply to regain Kitri’s attention. Aleksandrova immediately set the tone as a radiant Kitri, full of warmth and spicy cleverness. Here was a woman entranced by her beau, but not willing to readily give in. The “leg capture” sequence proved more a game with the crowd than with each other, and in the overhead lifts, Lantratov managed to hold her 3 times longer than most partners — with just one arm.

In Act 3, Aleksandrova’s bourrées were a veritable flurry of movement skimming the stage and her transition steps — a retiré passé here, a piqué there– were all held half a count longer than usual. Lantratov’s double tours in passé were punctuated with sissones ouvertes that hit a full 180-line, and he landed high double assemblée turns as if in a reluctant contract with gravity. The dynamic duo pulled out all of the pyrotechnical stops: in the coda, he executed clean double cabrioles, and two double saut de basques in a row. Aleksandrova’s single 32 fouettés were done at record speed. But more importantly, one felt the emotional connection between this Kitri and Basil as if viewing two halves of the same whole. It wasn’t just the wedding of two young Spanish lovers, it was the celebration of a union of perfect trust and, if the technical aspects were any indication, deep passion as well.

In an age when technique is usually shown void of emotion, or emotion void of technique, the exceptionalism of this Bolshoi power couple comes in their ability to offer both on stage. Electricity, mutual trust, and high-level professionalism may be the foundations of their work ethic, but the kind-hearted honest approach to their work is what keeps their fans –and the line at the stage door was long indeed– coming back for more.

All of these gorgeous photos are by Natasha Razina, courtesy of the Mariinsky Theatre.