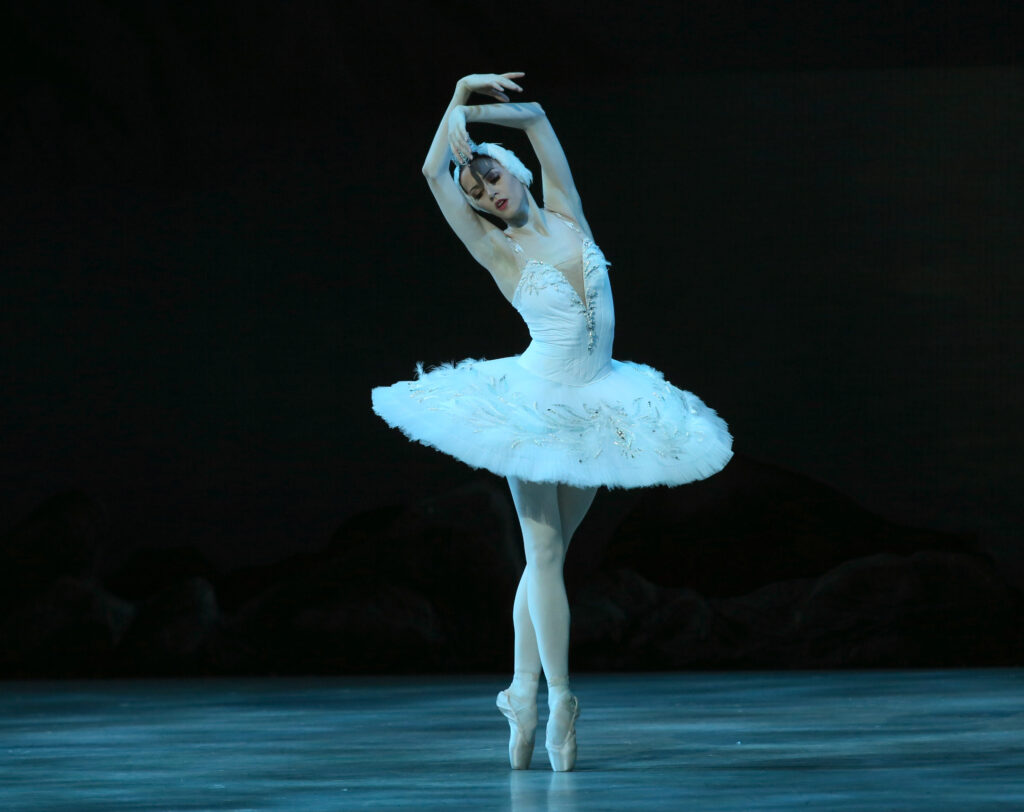 Just four years ago, I first interviewed Nadezhda Batoeva for Dance Europe magazine. At the time, she was a promising young new addition to the Mariinsky Theatre, just five years into her employment with the troupe, who explained the challenges in entering and training at the Vaganova Academy.

Coming from a family of mechanical engineers, Batoeva’s background was far from the world of ballet and at first, it wasn’t easy. “Only in the last 3 years [of study at the Academy] was I given a more favoured position in class and allowed to stand in the centre of the barre (an honoured position for the best students),” she said in that interview.

And yet, now a first soloist with the troupe, just one rank away from principal dancer, one would never have guessed that the young ballerina had had earlier struggles. On 21 March she debuted as Odette-Odile in Swan Lake, the acid test in Russia for any classical ballerina. In the reliable hands of Xander Parish as her Prince Siegfried, Batoeva made her mark with a fresh interpretation of this traditional role. 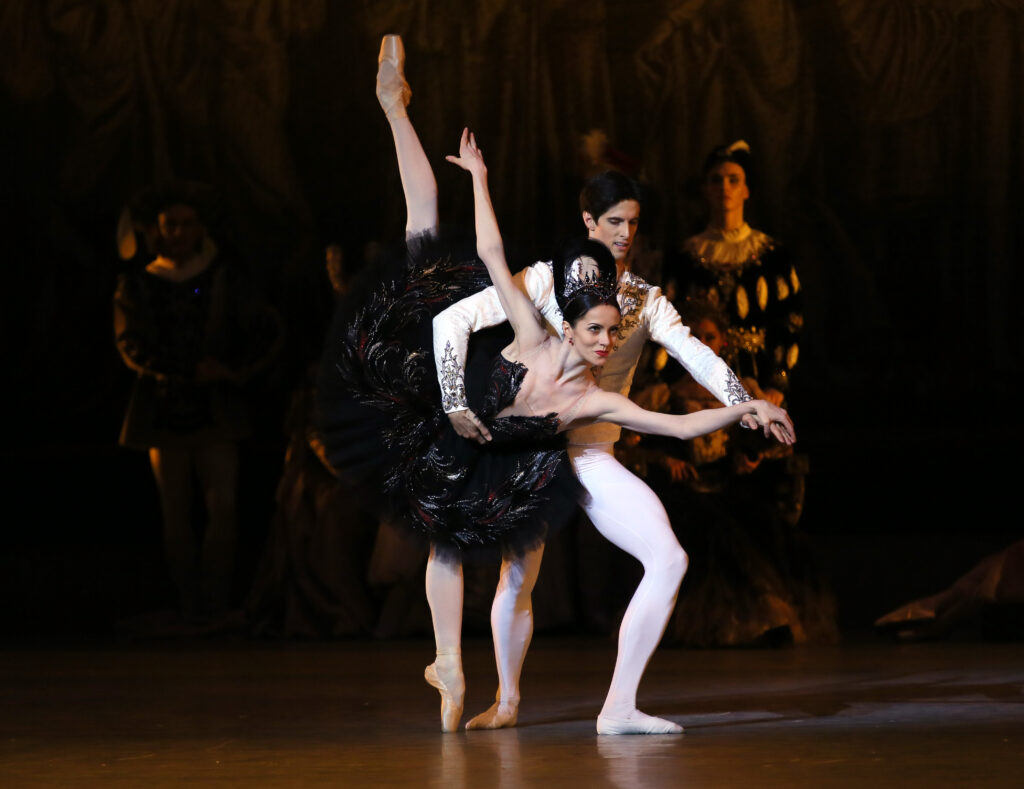 Batoeva decorated the initial entrance in Act I with a circle of bourrées en place, etching every position with carefully arched feet and extended port de bras. If her Odette seemed shy and delicate, it did not distract from a set of crisp entrechat quatre – retiré passés in the coda section, or careful battus before the final pirouette in the White Adagio. In Act II, her Odile came to life with a sudden regality in her neck; as the music gained momentum, so did she. Not prone to extremes in choreography, Batoeva opted out of the split relèvé penchée that has become de rigeur in the second diagonal moving upstage, instead forming a simple erect arabesque with each relèvé. She managed to hold the écarté balance in the pas de deux with unfaltering strength. Her fouettés were simple singles, and most impressively she barely moved at all from her starting spot. Punctuated by regular glances at Rothbart for counsel, her deception of Siegfried seemed planned in advance. Upon his demise in Act III, Batoeva seemed more entranced by the new environment: her eyes expressed immediate gratitude to Siegfried as she took on the final pose.

For his part, Parish provided reliable support throughout the three acts, performing all of the pantomime with particular clarity, and landing the arabesques in his solo with particular ease. On legs such as his, a manege of split jetés take on new meaning — gorgeous feet finish off lean lines as he darts through the air.

Although the programme listed Sofia Ivanova-Skoblikova as one of the Prince’s Friends in the Act I pas de trois, in fact Renata Shakirova (now with her hair dyed black) performed the role alongside Anastasia Lukina. David Zaleyev danced the male role next to the two ladies, matching Parish’s brilliant lines and strong jumps in terms of quality and magnitude.

For Batoeva, the evening was a victory indeed, and sets her on a path, presumably and hopefully, to principal status at the Mariinsky. While no dancer can be expected to provide the perfection that comes with years of Swan Lakes under one’s belt, Batoeva’s promising start suggests great potential as she continues to climb ever higher. She has much to be proud of. 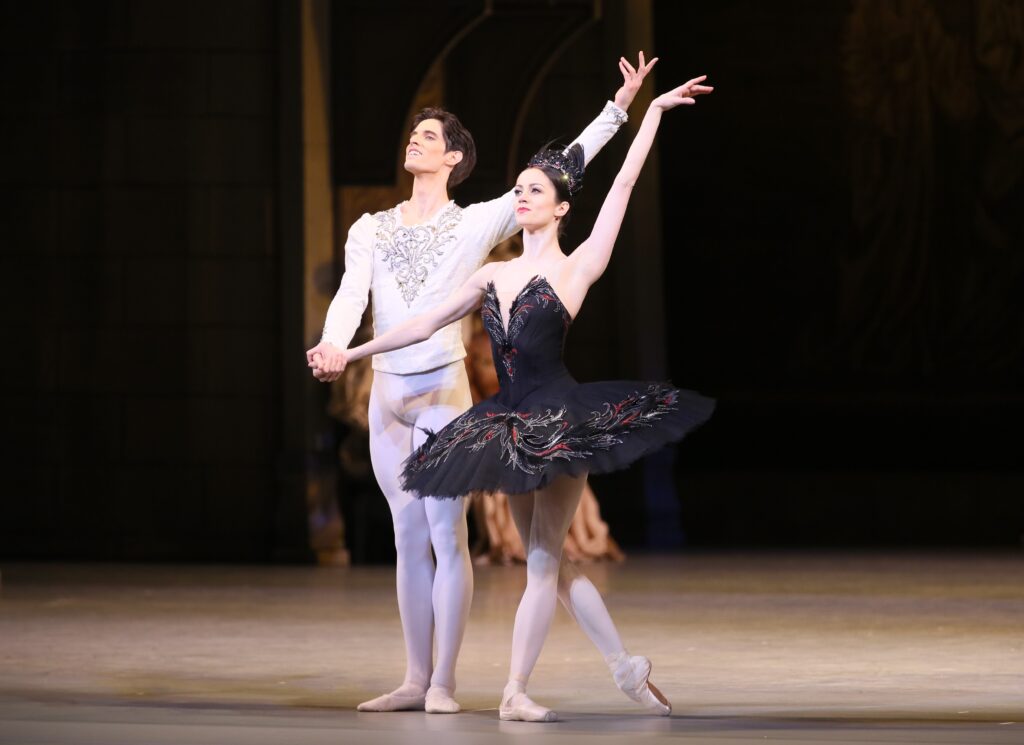