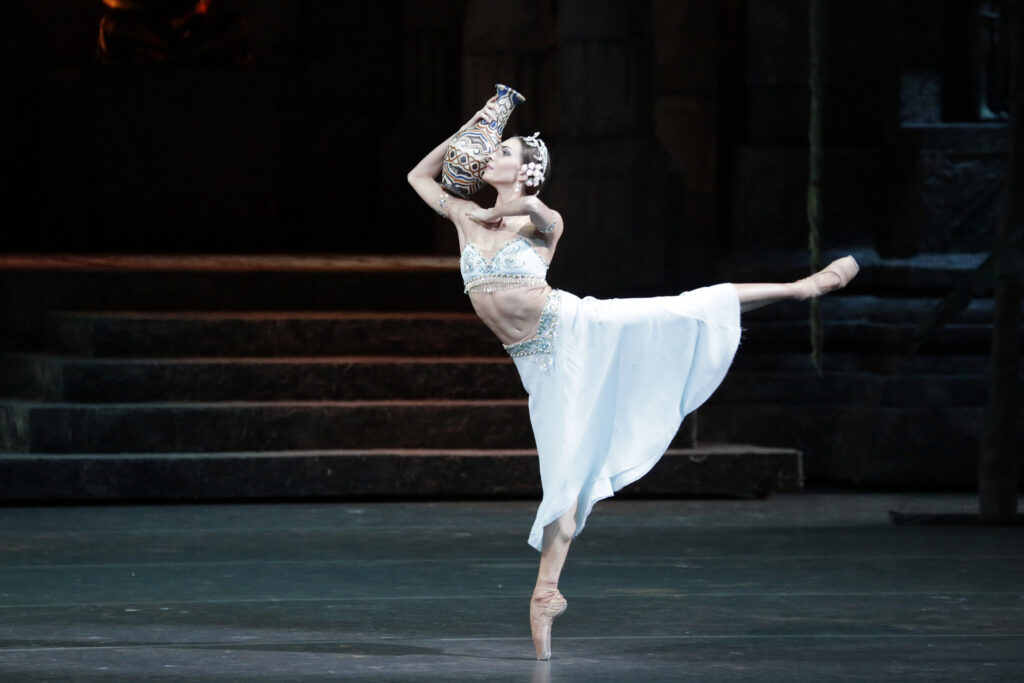 The Grigorovich version of La Bayadère hails back to 1991, when the ballet returned to the Bolshoi stage after a 50-year absence. Its predecessor, a version created by Alexander Gorsky, rejected the Petipa original, focusing on the wedding celebration rather than the Shades scene, and including, as old records note, “flashes of arm” that destroyed the Petipa choreography.

Grigorovich’s approach, however, retains many of the Petipa basics, with the addition of his personal adjustments to both choreography and sets, but no significant alteration to the libretto. The overture that accompanies the curtain opening, for example, set to the dance of the fakirs, differs from the Petipa version that runs at the Mariinsky. The movements of the fakirs imitate earthy dances from Grigorovich’s Spartacus, where primitive rhythms replace any sense of classical form. But as the scrim lifts, we see the same steps by these fakirs as are seen at the Mariinsky. From there, the bulk of the ballet follows the Petipa version, with minor simplifications, such as some of the corps de ballet sections, and altered steps for Act I Gamzatti’s entrance.

Already in her eighth season with the company, Olga Smirnova, a Vaganova Academy graduate, has held ballerina status for quite some time and is already a veteran in most roles. Having expanded her lyrical reach to include soubrette roles more recently (she debuted as Kitri in 2016), it is nonetheless the lyrical-classical emploi that best suits her talents. On 30 April, Smirnova reprised the role of Nikiya in the Bolshoi’s Bayadère alongside long-term partner Semyon Chudin, forming a duet that proved complementary both visually and artistically. 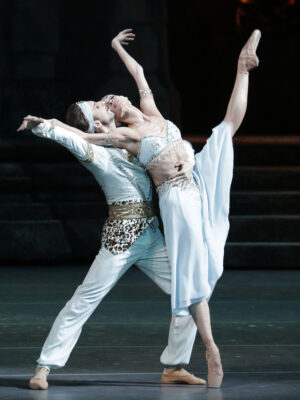 As Nikiya, Smirnova’s stern refusal of the Great Brahmin’s advances in the first scene left no doubts about Nikiya’s character and showed a strong contrast to the feminine grace and sensitivity with which she embraced Solor. The easy arch of her back etched a sharp line in arabesque, her bourrées and the noble carriage of her torso expressed the emotion of her character. She retains the tenets of Vaganova training with refined port de bras, yet never takes shortcuts in terms of classical positioning. After being bitten by the snake in Act II, her pantomime –and the accusatory glance– provided a clear sense of the affront she felt from Gamzatti.In the Act III adagio, she hovered in her arabesque motionless, like a vision. In the coda, lightning fast soutenues perfectly embodied the speedy tempo at the culmination of the Minkus score. Smirnova is a Mariinsky-quality dancer, but now decorated with the boldness of Moscow’s capital.

For his part, Chudin has perhaps the most exquisite male physique in the Bolshoi at present time: arched feet that most ballerinas would envy, pliable muscles, an endless plié, and springy jumps. Recalling his early days at the Mikhailovsky Theatre as Romeo, Chudin too has evolved into a mature dancer. If the arch of his back in arabesque is slightly less than it once was, he nonetheless still impresses with enviable technique, impressive ballon, and solid partnering skills. Double cabrioles and swift turns adorned his dancing, as did a sense of desperation during the pantomime sections both when informed of his pending marriage, and at the final curtain, as he fell to the floor at the vision of his lost love.

In the same evening, Maria Vinogradova debuted as Gamzatti. She projected a cool demeanour with robust dramatic and technical delivery. With steely piqués in attitude, strong ballonés, and stark acting skills, Vinogradova is a resilient dancer. She stood up immediately after a serious spill in the Act II pas de deux and continued dancing, much to the surprise of the audience. 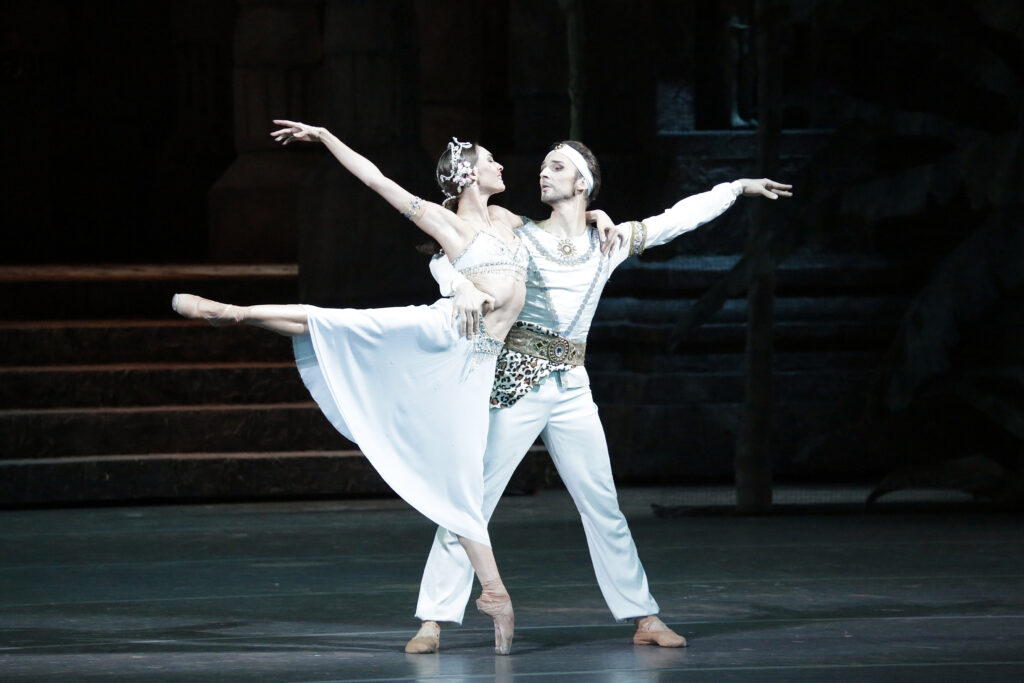 The Grigorovich version simplifies the “Gumpé“, which at the Mariinsky includes more corps women throughout; here just two soloists are the main focus. As the Golden Idol, Mark Chino tried his best to emulate the sculpted god, but eliminating the excess hand movements would streamline his presentation. Tamara Mironova danced Manu with a perky smile and bright charm, aptly fitting the role. Of the three shades, Antonina Chapkina danced the third [sissone] variation with utmost control.

While classical purists will miss some of the finer points in the Petipa version, the Bolshoi’s Bayadère remains predominantly faithful to the classical traditions, with adjustments that make it unique to the Bolshoi, and talents such as those of Olga Smirnova and Semyon Chudin that raise it to an even higher level.