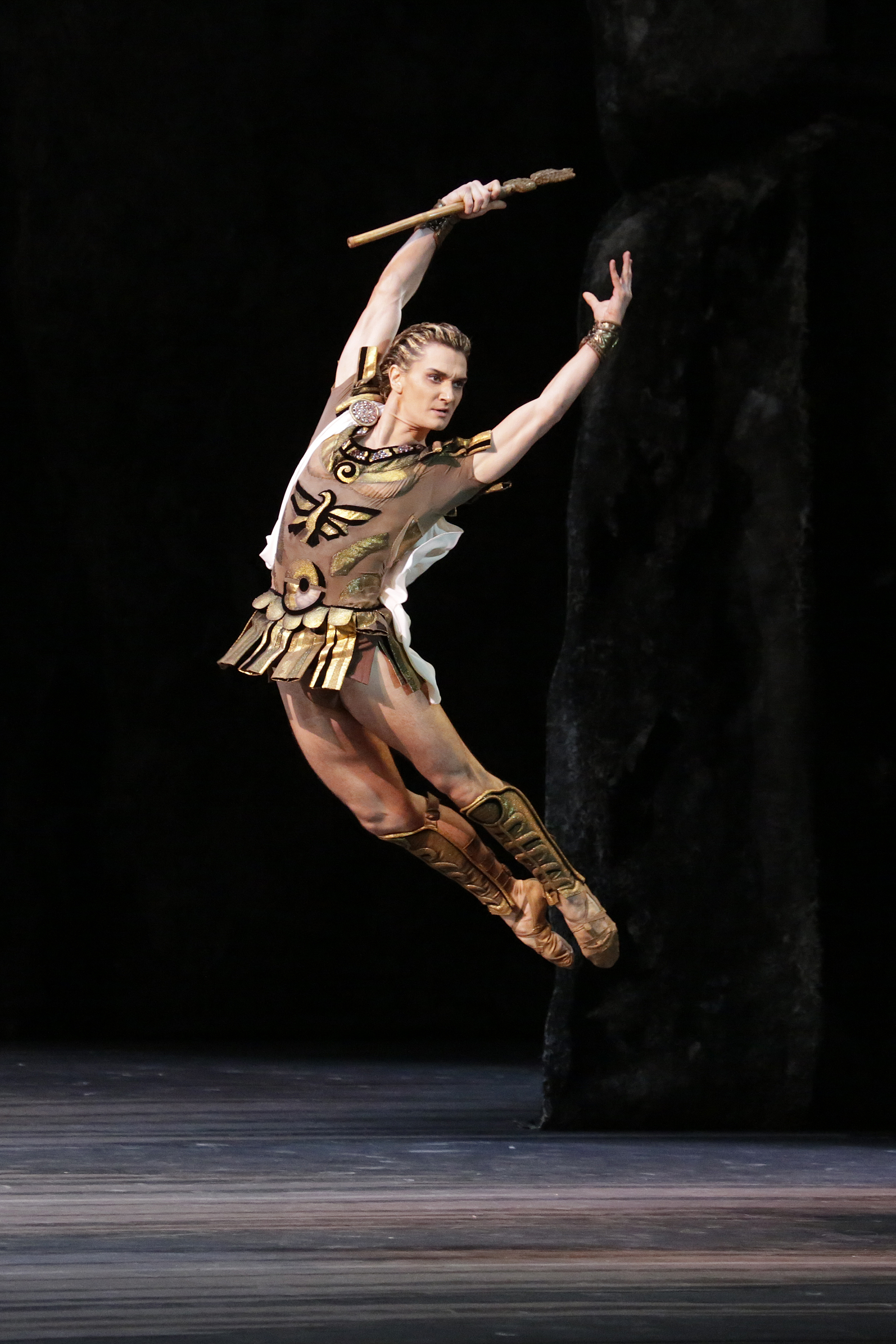 Yuri Grigorovich has become more than just an icon in the Moscow ballet scene. He’s a living legend who commands respect from the entire world of ballet for his long choreographic and artistic career. His venerable productions include undeniable masterpieces that have not only remained in the repertoire of the Bolshoi Theatre for decades, but been adopted worldwide and even used as sources of inspiration for other creators as well. Two of his first works, The Stone Flower and Legend of Love, are still routinely danced at the Mariinsky Theatre, while the latter is also performed at the Stanislavsky.

On 8 April 2018, his production of Spartacus reached its 50th birthday, and the Bolshoi Theatre honoured the event with a video presentation, an all-star group of performers, and members from the original cast as invited guests. Famous ballet figures such as Mikhail Lavrovsky, Ludmila Semenyaka, Mark Peretokhin, Boris Akimov and others sat in orchestra seats and were acknowledged by spotlight with words of respect from Vladimir Urin, General Director of the Bolshoi Theatre. Grigorovich himself, sitting in the Director’s box, stood to receive a bouquet of roses from the performers and a standing ovation from the audience at the end of the evening. (see photo below)

The performance itself on the 8th of April was one of three consecutive evenings featuring different casts. Vladislav Lantratov performed the role of Crassus on both 6th and 8th of April. On the 6th, Ivan Vasiliev portrayed a robust, earthy Spartacus with plenty of airborne tricks. On the 8th, Denis Rodkin performed Spartacus with a slightly more spiritual bent, alongside Svetlana Zakharova’s flexible, but vacuous rendition of Aegina. 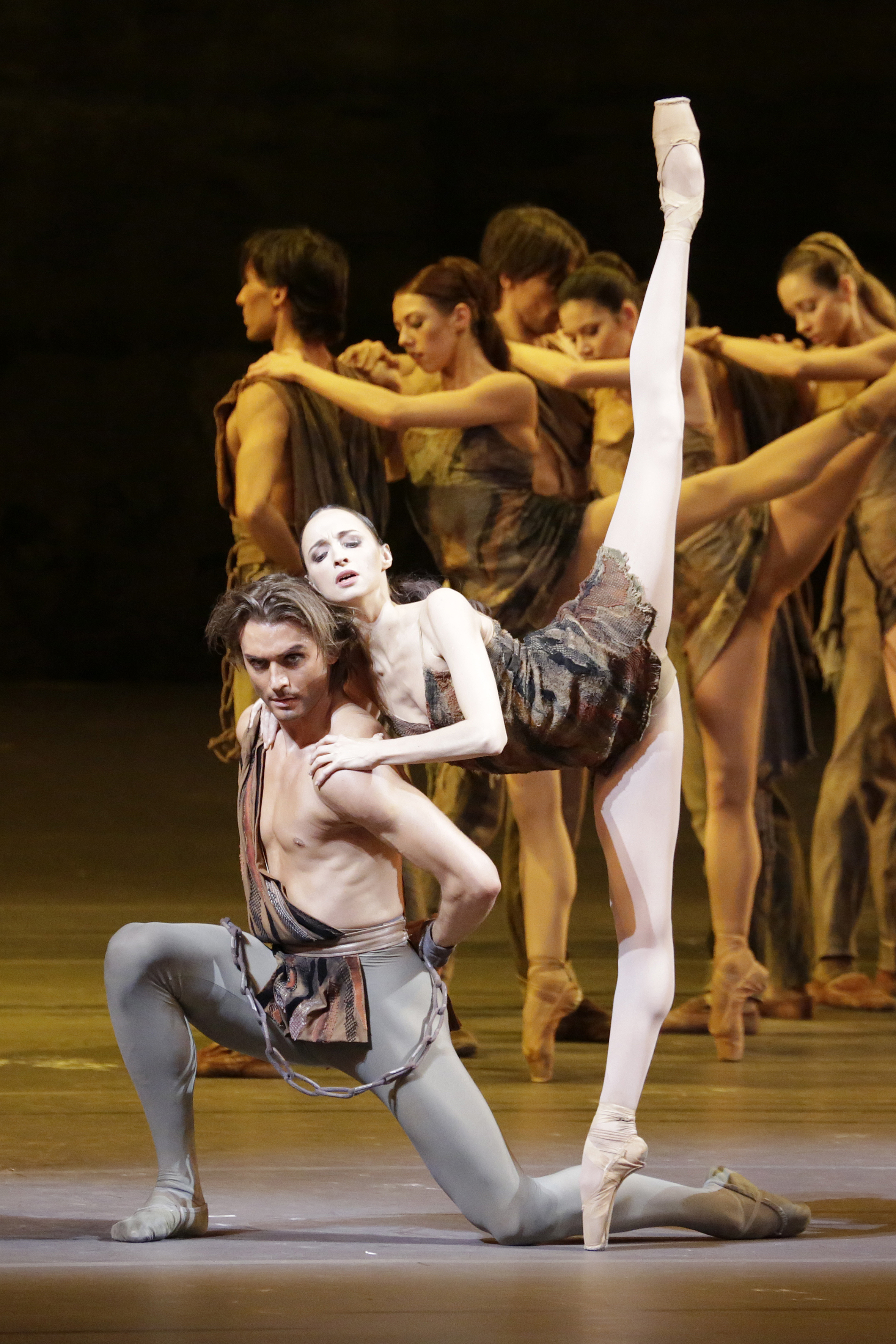 Lantratov’s Crassus created a commanding presence from his very entrance. Lantratov portrays Crassus as a stern military leader with an endless thirst for revenge. Replete in a Roman chest plate with carefully coiffed hair, Lantratov flooded the character with vicious scorn. His superb acting skills nearly outshadowed endlessly powerful jumps. With viper-like focus he seemed thirsty for the basest pleasures in life, whether it was revelling in an orgy of wine and women, or allowing fighting slaves to die in the arena while he casually gulped a chalice of wine. A true conqueror, Lantratov’s Crassus was intent on victory at all costs, indifferent to the consequences of his actions. With a grimace on his face and a sword never far from reach, his series of double tours with arms overhead in Act 3, and repeat jumps with scepter overhead created the image of an upper class warrior with steely resolve. A palpable sense of evil and disdain seemed to flow from his very skin. For a dancer who just last month performed Basil in Don Quixote with comedic spice, Lantratov’s emotional delivery demonstrates that his performing skills go far beyond mere classical technique. He’s an expert actor who doesn’t just portray the character, he becomes it.

His Aegina, danced on 6 April by Maria Alexandrova, portrayed a cunning courtesan (as the role is called in the programme notes) with an equal dose of mischief and design. She matched Lantratov’s drive in a wily, shrewd manner. Bejeweled with ruby bracelets and a glistening tiara, Alexandrova was the clever seductress, using her body to attract and her mind to plot, trapping Crassus like a relentless black widow spider. The ease of their pas de deux –never a glitch or awkward moment– made for a streamlined duet. This offstage couple can just as easily morph from the comic love of Don Quixote to the mercantilistic greed of the Crassus-Aegina duo. Onstage partnerships such as theirs occur once in a few decades at best. 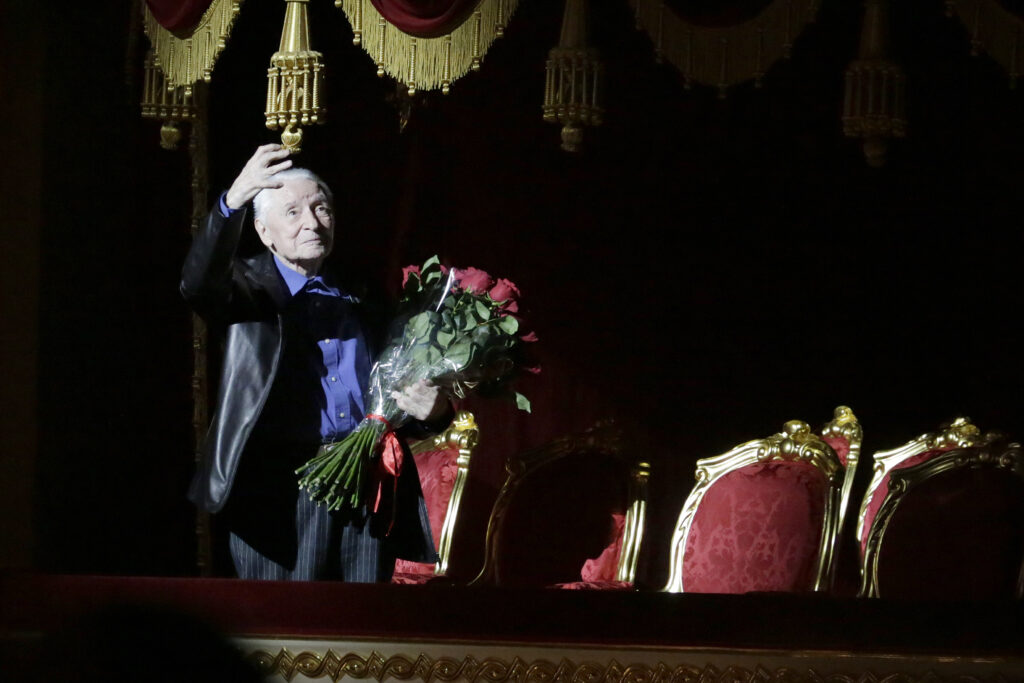 In addition to the relevant historical references, Spartacus contains plentiful religious allusions. The idea of Spartacus, the protagonist, as the victim-savior leading his men towards ideals of freedom and truth but being crucified (literally) by the baser layers of humanity, is demonstrated by his death in Act 3. In Crassus’ final moments onstage he “stabs” the air in the direction of Spartacus upstage, drops the sword to the floor, looks at his scepter and runs off. Moments later, the “Apotheosis” finale, with Frigia atop the pyramid of slaves holding Spartacus’ dead body to the light, repeats the religious theme in a near-holy image to the sounds of the offstage choir. It elevates, literally, Spartacus to the level of martyr.