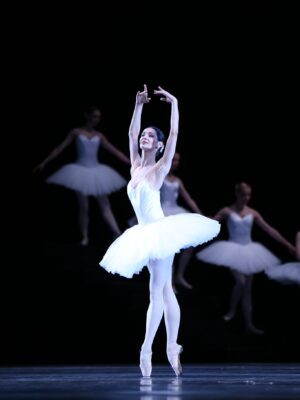 “Tonight, your efforts allowed me to forget I’m an artistic director and simply enjoy the dance,” such were the comments from Laurent Hilaire during the reception following the Stanislavsky Ballet’s long-awaited triple bill that premiered on 7 July 2017. Hilaire’s words underscored the troupe’s high level of artistic achievement during the challenging evening that included works by Serge Lifar, Jiri Kylian and William Forsythe, the first and last of which premiered for the first time in Russia.

Hilaire, brought to the company at the start of this calendar year, has already made sweeping changes in the troupe by importing new choreographers and adding a significant number of works to the repertoire. Maintaining strict adherence to the dancers’ rights to days off (a policy blatantly ignored at the Mariinsky for decades), his respect for the art form, and in-depth, creative, yet humble approach is pushing the Stanislavsky forward to compete against its neighbour the Bolshoi. In fact, the morning after this premiere, the long-awaited Bolshoi production by Yuri Possokhov, Nureyev, was put on hold indefinitely, it’s premiere previously slated for 11 July now cancelled until an undetermined date. Perhaps simple coincidence in timing, but a juxtaposition that nonetheless highlights the growing strengths of this “smaller” Russian troupe now under Hilaire’s direction.

But of most interest to balletomanes today is perhaps the triple bill itself. Hilaire imported Serge Lifar’s Suite en Blanc from France, staging it himself alongside Claude Bessy, a fellow former Paris Opera étoile who still heads the Paris Opera Ballet school. The work, set to Edward Lalo’s sweeping score for Namouna, a little-known ballet by Petipa (1882), is a sea of white tutus, both short and long, an Études-like essay in neoclassical positioning, lyricism and technique. Divided into 8 sections, much of the choreography holds Spanish accents (hands on hips) that accent the musical insertion of castanettes, most likely a nod to its Petipa predecessor, and is far from intuitive: women are carried onstage sitting on the shoulders of men, their backs to the audience; elbows are bent while hands are held behind the head, and fouettés occur in the middle of solos. Nevertheless, the impression is one of expertise, as groups of men perform brisé-volés sandwiched between seemingly endless sets of entre-chat quatres. 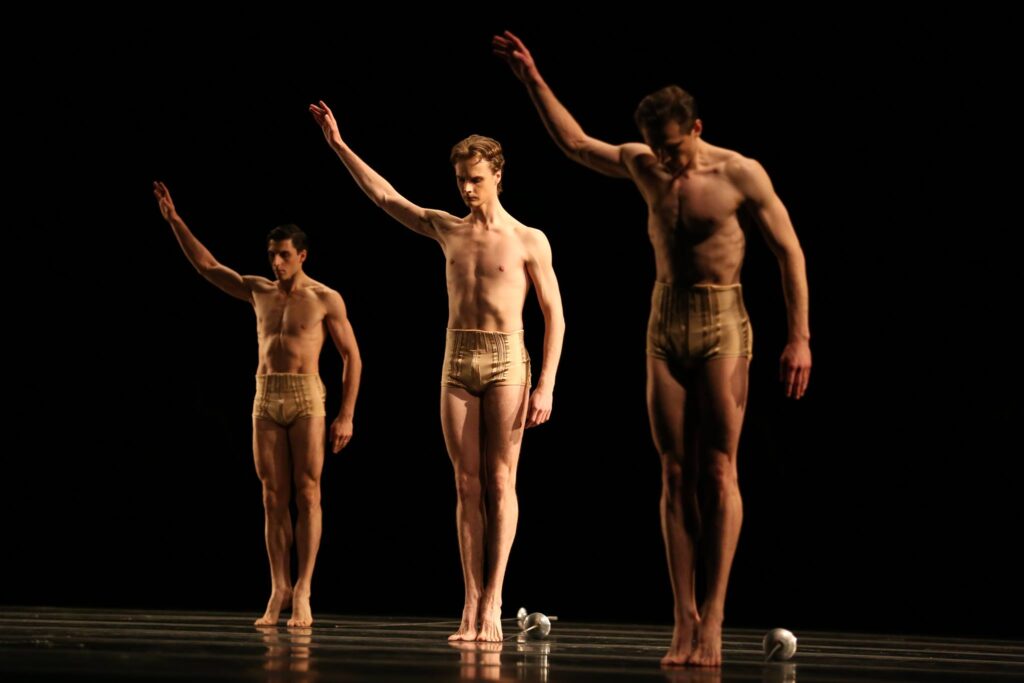 The primary highlight in terms of virtuosity came with Oksana Kardash’s Cigarette solo, a demanding section in which her mastery of form and control issued a fluidity of motion that few others possess. In the coda, brisk chainées punctuated with sudden jetés looked all too easy on her impeccable form. Her physical genius contrasts with the more romantic section that followed, a warm duet between Erica Mikierticheva and Denis Dmitriev, in which at one point he lifts her off the floor as her legs “walk forward” as if on a cloud. 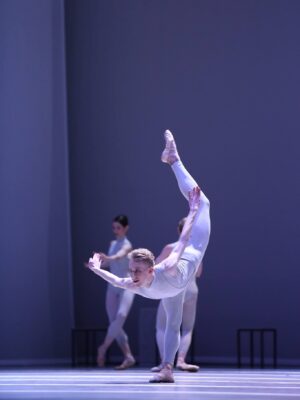 Perhaps most dynamic on the bill, Jiri Kylian’s Petit Mort, a display of muscled bare-bodies in skin-tone shorts and tops, revealed a high degree of synchronicity in the group sections, and serves as a commentary, or at least food for thought, on the themes of life, death, and love. While self-described by Kylian as a “poetic expression of the ecstasy of sexual relationships”, it seems more an essay on abstract movement and the intertwining of bodies in space. Set to Mozart’s piano concertos in A-major and C-major, the entrancing music casts a spell as dancers interrelate –or fail to see each other at all. The Stanislavsky troupe faithfully performed this challenging work.

The sense of indulgence in movement that the dancers displayed in Forsythe’s Second Detail, the final work on the programme, was evident from the first chords of Thom Willem’s recorded score. After a month’s worth of rehearsal time with Noah Gelber, sent by the Forsythe Fund to set the work on the troupe, these classically-trained bodies finally dug deeply into the Forsythe style, creating a result that was both powerful and cohesive. “I was thrilled to see them dare, they threw themselves into it with enthusiastic abandon from the heart,” Gelber commented after the performance, “they danced their hearts out literally and took risks, and are reaping the rewards now.” 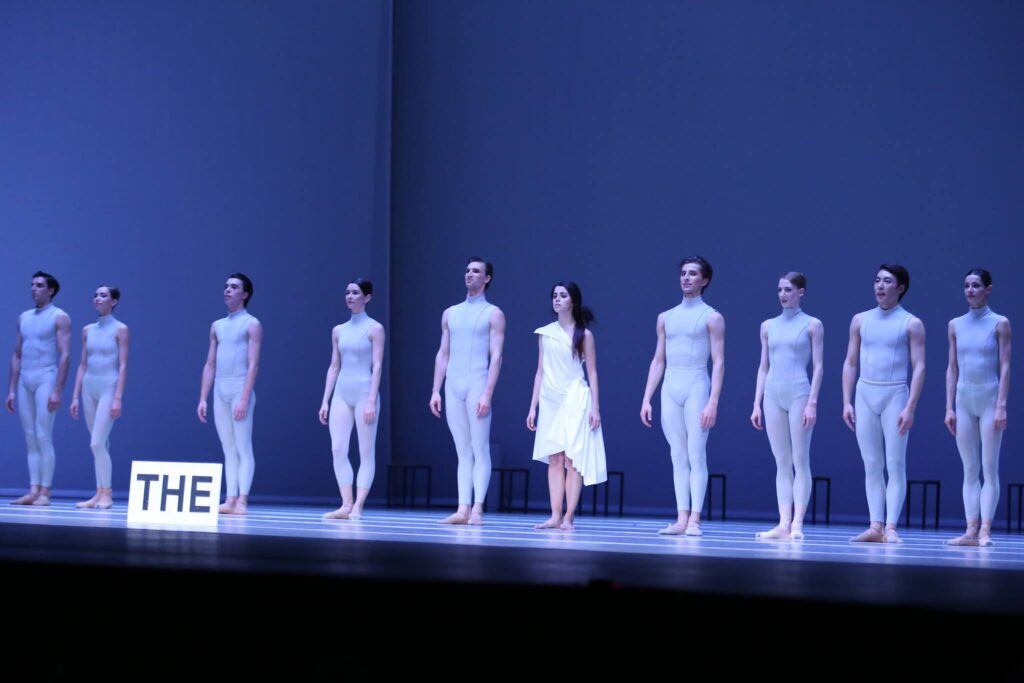